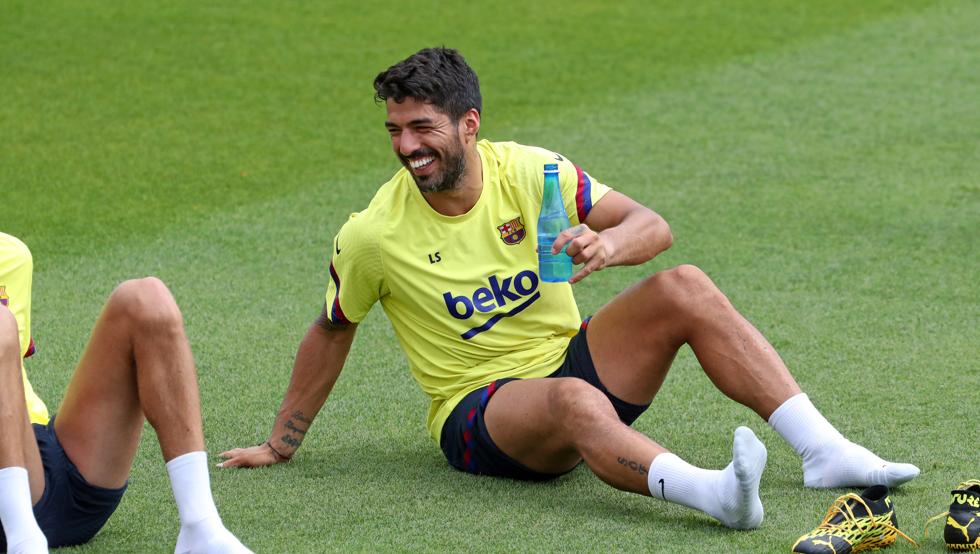 Barcelona striker Luís Suárez is ready to return from a knee injury.

The Uruguayan underwent knee surgery in January but he is about to get back to participate in the next match against Mallorca.

the 33-year-old forward talked about personal and team news in a statement to the club’s media.

Luís Suárez has spent almost 140 days without football so he tries to get the enjoyment of every moment: ” I feel very good, adapting to training with my team-mates. Returning after an injury is always difficult because you are a little scared but I’m enjoying being back. I’ve been training from home and hoping we could train again. It’s difficult for us to play in so much heat in the middle of Summer. We are adapting to play without a crowd which will be peculiar”.

He talks about the confinement: ”It’s complicated with the kids, who also have school work. As time goes on, everything is getting back to normal, despite the death of so many people. Now we can enjoy things a little more and the children can go for a walk”

“Records or challenges come along by themselves. I need to focus on helping the team as much as possible.”

“If there is a chance of beating a historic player like Kubala, it is always welcome to leave a mark on a club as big as Barça.”

Luis is only three goals away from overtaking Laszlo Kubala as Barcelona’s all-time goal scorer. “I need to focus on helping the team as much as possible”

El Pistolero remembers one of the amazing nights he has spent with Barcelona – the 2015 Champions League final in Berlin: “It was one of the best moments of my career, Firstly to win the Champion league, making the score 2-1 after a play by Leo and being able to enjoy an incredible night with the treble is something I will never forget”.

The Catalans’ first game back will be against Mallorca and Luís Suárez is supposed to be available for the match.