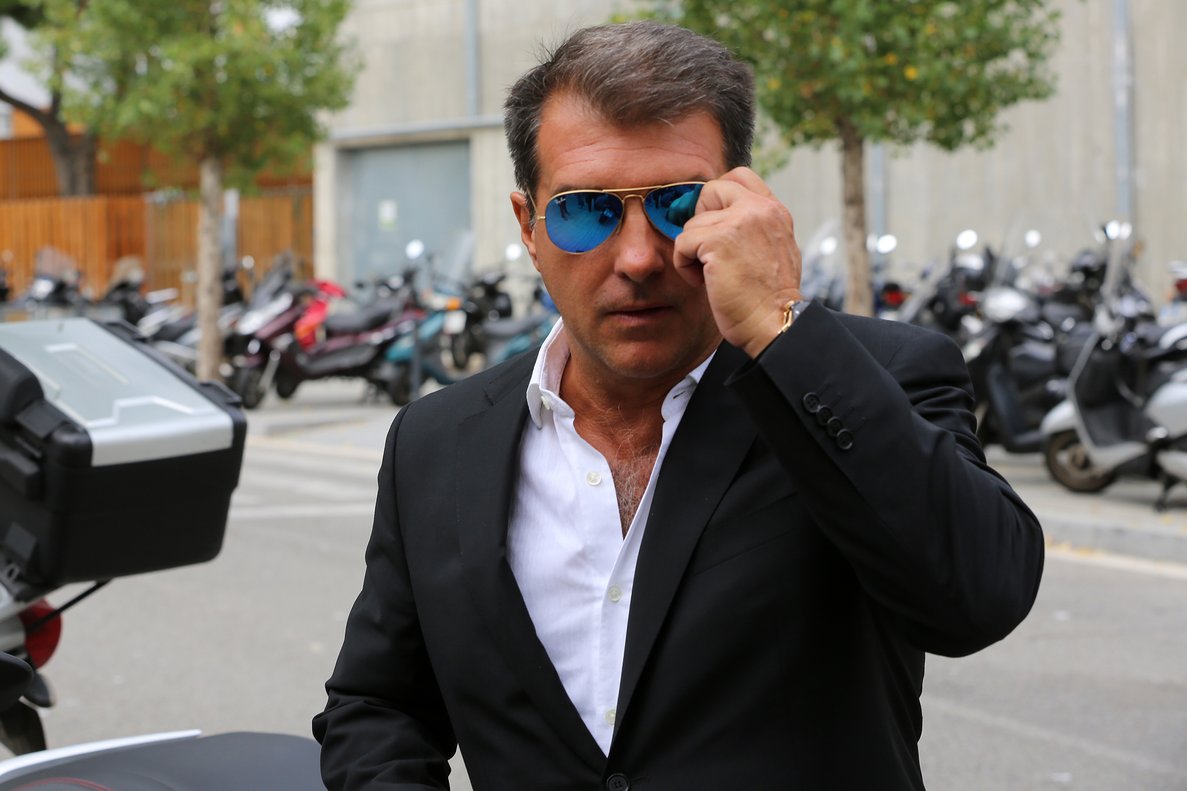 Former Barcelona president Joan Laporta gives his opinion on several topics surrounding the Catalan club and talks regarding his candidacy for club president.

The presidential elections in Barcelona will take place in the summer of 2021, and until now the only confirmed candidacy is the one of Víctor Font, in his “Sí Al Futur” campaign. The other name that has persistently appeared is the former president, Joan Laporta and this Monday he has given more details in an interview with TV3, in addition to talking about other topics such as the football break due to the coronavirus pandemic and the different situations that surround the club.

First of all, he made it clear that he misses watching football, adding that he is very attentive to what may happen, “I have been in contact with the president of the league and he is very convinced that there will be football. As long as everyone respects the protection measures for footballers, it seems to be very good that football is coming back.”

On the possibility of Barça being the LaLiga champion in case of not continuing the competition, he said that all culés would like to win titles on the field, and continue with the competition.

“I think that LaLiga should be continued when possible, following all the security measures for the players [sanitary measures and tests for coronavirus]. I think the league is going to end with the schedule of two games per week. It is exciting to see the end of the league that will take place in June-July with a lot of football and it could be with the Champions League too”, Laporta said about finishing LaLiga.

The former president also spoke about the fact that the games will most likely be played behind closed doors, in his opinion, it would be very sad that way.

“It is not desired, but we are in a very serious pandemic and this depends on the protection measures and we have to understand it. It would be better to be able to attend the best show that is a football game, meanwhile, it has to be done this way [behind closed doors] but when the pandemic has been controlled everything will return to normal.”

After rumours of his candidacy to the upcoming 2021 elections, Joan Laporta has already said on another occasion that his plans to run for presidency ‘mature more and more’, and in this interview with TV3 he confirms it.

“I am working to present myself as a candidate, I am working with people I trust, businessmen and people of recognized prestige who are preparing a proposal. I have already said at the time that I am looking forward to managing a period in Barça’s history with the players who played in the team when I was president.”

Laporta was president of the club from 2003 to 2010 during the golden age of Barcelona, ​​some of the players who are currently part of the team, were also in the club at the time he was president, such as Lionel Messi, Gerard Piqué or Sergio Busquets, and Joan assures that they have 3 or 4 more years left so he would be delighted to manage the club during that stage of their careers.

“I am excited and as I have already been the president of Barça, I am looking forward to working at the club again.”

One of the most important issues around the Catalan team is the economic and institutional problems that Barcelona has had in recent years.

“Barça’s problem is financial and is image related – the club has to restructure its image. Economically we have to make a proposal that reverses the current situation, therefore focused on increasing income, reducing expenses and restructuring debts,” Joan Laporta said about the current situation of the club.

He reiterated his opinion about the Barça being the 3 billion club, “in 2021 we will meet the 3 billion Barça, a billion expenses, a billion debts and we’ll see if a billion of revenues. It is a dramatic situation and we are looking to present a proposal that turns the matter around.”

Regarding his plans for 2021 in case he becomes president, Laporta has thought of several options for the sideline, and the decision would come at the right time, – as long as he wins the elections. However, Laporta talks about the model he plans for the club, which goes beyond a manager.

“I am a faithful believer of a model within the club, the one we built when I was president, but above all, it is more important to know how to apply that model. People make clubs and institutions, I do not just think about the coach, I also think about the technical secretary, the director of academy football, the coaches of grassroots football and a whole series of key points. In a club like Barça, it is key that there are suitable people to be able to apply the club model effectively.”

Speaking of future managers, Laporta clarified that he has not discussed the topic with Xavi Hernández and assures that “he lives for football and I think he is a person who has to decide when it is his time,” but Laporta assures that Xavi will undoubtedly end up managing Barcelona.

A thing that was very important for all culés was that Joan Laporta, during his presidency in 2008, was the one who promoted Pep Guardiola to the first team. Together, they achieved historical moments at the club, and in his interview, the former president spoke about whether there will be a return of the Catalan coach.

“I would like it a lot. That decision depends on Pep [Guardiola], who now is in [Manchester] City. He is a reference for the Barcelona faithful and many Barça fans would be delighted to see him become manager of Barça once again.”