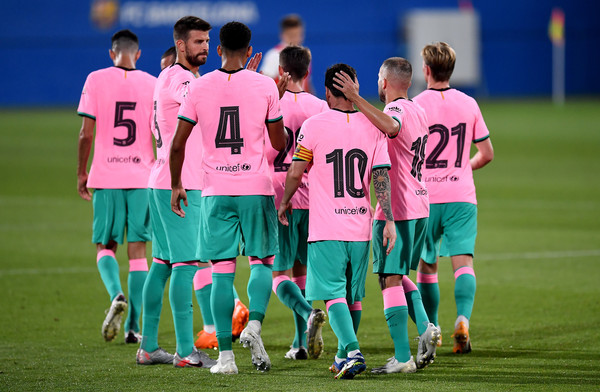 The Barça team is in a cycle of renewal and a lot of things are being worked on. And it will take time to get to where we want to be. There still is work to be done, and contrary to what many people believe and would want you to believe, there are evidences of the work being done. The players don’t get enough credit for how many chances we create per game. Creating an average of 5 “big chances” per game, that’s a whole lot. A whole lot.

The ambience surrounding the club changes if these chances were put away, and if you need an example of this, take a look at Tottenham this season. They have been really clinical in the games I have seen, Man City and Arsenal off the top of my head. In both games, they won by scoring with 75% of their shots in those games, lower than 40% of possession and less than 10 shots in both games put together. But they won both matches 2-0 and maintain the appearance of a really good team. There’s hardly been any game in which Barça didn’t have at least 10 shots. And this is crazy when you consider that whilst watching the game, you will at some point find yourself gearing these guys up to shoot when you think there’s an opening for a shot but they won’t. So maybe those shots would be more if the players didn’t wait for what they thought to be the perfect time before shooting. Although I do think that argument may be countered by saying there are passages of play where the shot is delayed, and not like multiple chances were created.

If Barça score from half the shots they take every game, this dreadful situation isn’t where the team would be. There is also the non-trivial matter of atrocious defending in the last couple of games. Cut out defensive mistakes. Convert your chances. That’s where our problems are. Atrocious defending and atrocious finishing are why Barça are where we are. And, you want to know what is funny? Even in this state, I actually don’t fear any opponent. Genuinely. Even Bayern. Examine the 8-2 defeat, if we score any of those chances we had when the game was 1-1, I’m sure that game turns out differently. Goals change games, and conceding goals in quick succession set that game on the path it went down. It’s crazy stuff. What did Juventus really play yesterday? But they got 2 goals in 10 minutes and boom, the game was theirs to lose. And Barça assisted them by starting the game slowly, but the point remains. Goals change games, and games are won or lost by these margins in the biggest games.

Once again, there’s been vast improvement from the days of Ernesto Valverde and Quique Setien. Vast. But profligate finishing would leave many people unwilling to acknowledge that. Messi had 7 shots on target against Juventus, no goal. So unusual. So poor. But that has been the case for most of the season. For Messi and his teammates. What do we do about that? Do we just keep hoping the players can find some luck in front of goal soon? Whatever the answers be, Señor Koeman is obliged to give us those answers, let’s hope he can.