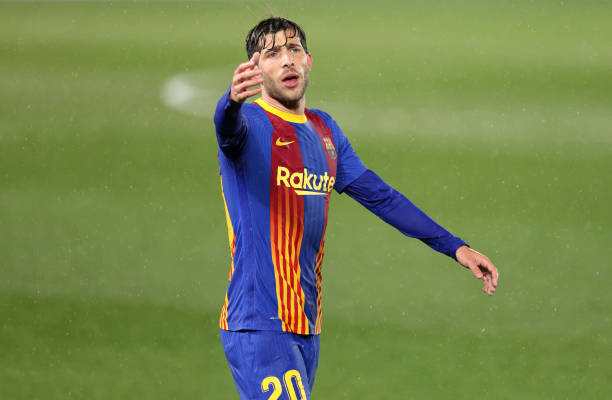 According to COPE, Barça have made it an urgent matter to renew the contract of Sergi Roberto, which runs out in June 2022. The club will also look to execute the clause in Oscar Mingueza’s contract to extend it until 2023.

According to COPE, Barça have informed Sergi Roberto and Oscar Mingueza of their intention to renew their contract. The meeting, revealed by EsportsCope, has been a simple contact, according to sources from both parties. According to Mundo Deportivo, Mateu Alemany, the football director, and Josep Maria Orobitg, the agent of the two players participated in the meeting, without reaching any agreement.

Sergi Roberto returned to action against Real Madrid during the El Clasico on Saturday, having been on the sidelines for significant parts of this season with a thigh injury.

Roberto, a La Masia graduate, is one of the four club captains and is considered one of the vital parts of the squad. His current contract with the club runs out in June 2022, and although economic aspects have not been discussed, the first proposal is to extend the contract for one more season, according to Mundo Deportivo.

Roberto hurt his thigh against Atletico Madrid all the way back on November 21, and then only came back for two games before another lay-off with a similar complaint. He made his comeback from injury against Real Madrid, where he came on as a substitute.

One of Barca’s biggest positives from the season has been the performances of Oscar Mingueza in defense. He has become one of the main starters in defense under Koeman and has led the defense alongside Lenglet and Araujo, in the absence of the injured Gerard Pique.

According to COPE, Barça have decided to execute the clause in Mingueza’s contract to extend his stay at the club till 2023. All the amounts with the central defender have been agreed, but Barça want to give uniformity to the contract now that he is in the first team.