Catalonia: “I understand life and history through football.”

The following piece is a guest piece by one of Blaugranagram’s partners, Goal Click, who specialize in telling stories about football. This time, it’s from Catalonia, by Ignasi Diego Torné Gualdo.

My name is Ignasi Diego Torné Gualdo, born and bred in Barcelona but everyone knows me as Natxo. I adopted Diego as a second name after my baptism by the Maradonian Church!

I live what others just watch on YouTube. I felt the need to understand why people live football in different ways but always considered it as ‘religion’. Then I needed to write about those personal stories, now I take photos and I talk to people. I learnt how to love and live Newell’s Old Boys, then I moved to Argentina and worked for the club spreading the word. You can’t choose who you fall in love with.

I’m the kind of football fan that enjoys the game in the stands, I don’t really care about what’s happening on the pitch. I like looking at the people that surround a football game. I observe the scarves and the football shirts with names on the back. I enjoy the pre-match food with some beers. The football I like the most happens before the kick-off. Of course, I hate sitting. Football is for permanent standing.

Who is in the photos? Where were the photos taken?

I just showed fans enjoying football in several different ways. From children enjoying the urban football to the adults attending a game. The photos are taken in the four provinces of Catalonia: Barcelona, Lleida, Girona and Tarragona. They include all categories of football from the Tercera División, Segunda División B, Segunda División, Copa Catalunya, the Spanish Cup and an international friendly at the Olympic Stadium of Barcelona that is barely used for football nowadays.

But not the Primera División, which has been a bit distorted by the ‘show must go on’ attitude. The Spanish LaLiga (as a commercial brand) has prioritized the Asian TV market rather than local supporters, with the games played on Saturday at 1pm or Monday at 9pm. President Javier Tebas even threatened fines to the clubs who can’t fill the stadium with enough fans because on TV it is not a good atmosphere.

Sometimes we miss how passionate Barcelona and Catalonia is about football. By following and supporting UE Sant Andreu, I found the football I loved and always searched for – I had been travelling to Serbia or Ireland only to discover something that already exists next to me. FC Barcelona misrepresents the whole context of Catalan football. Even RCD Espanyol suffers the same! I like the humble and basic facilities and infrastructure, the people working in a Third Division stadium bar on a Sunday that know all the regulars.

What is your favourite photo?

You can see a professional cameraman surrounded by fans trying to do his best and the fans just shouting and blaspheming next to him.

Are there any good stories connected with the people or teams you photographed?

A long-time supporter of Nàstic smoking a cigar outside the stadium because of tradition. His dad did the same at every home game of Gimàstic de Tarragona, the oldest sports club in Spain. Currently, he can’t smoke in the stadium due to legal issues.

The facilities of Lleida Esportiu hosting the local food and vegetable market on every Thursday. It’s one of the oldest stadiums in Spain and hosted Primera División and top-flight Spanish Cup games. It belongs to the city council, so they find new ways to take advantage of the facilities.

A group of teenagers raising money to pay for a pitch for one hour. They organize a tournament for once their exams period is ended.

Why is football so important for Catalonia and its people?

One of the greatest Catalan journalists and one of the first intellectuals to write about football culturally, Manuel Vázquez Montalbán once declared the FC Barcelona supporters as “the unarmed army of Catalonia.” This affirmation describes the social power of Barça and then, you can get an idea about Espanyol and the political context of football in Catalunya. At the same time, can you imagine supporting the THIRD team of the city? That’s what I do.

What role does football play in Spanish and Catalan society?

The most significant role that something can possibly achieve in society. At the same level of Religion, politics, gastronomy, economy, fashion, art. Something daily in your life. And necessary.

What does football mean to you?

As the brilliant writer Albert Camus once declared, I understand life and history through football.

What is the future for Spanish and Catalan football?

The future is uncertain. We need to take Real Madrid, FC Barcelona and some other big teams away from this question. Then, you realize that fans are very passionate, and they follow rituals during daily life around the team they support. At the same time, journalism and the big media companies are not doing a great job to keep the essence of the game alive. Everything is polarized in two: Barça or Real Madrid. I like the Segunda División – in my opinion, that league is even more competitive than some of Europe’s big leagues like the French, Portuguese or Dutch league. That’s the football we like to follow and the football that made us fall in love with the game. 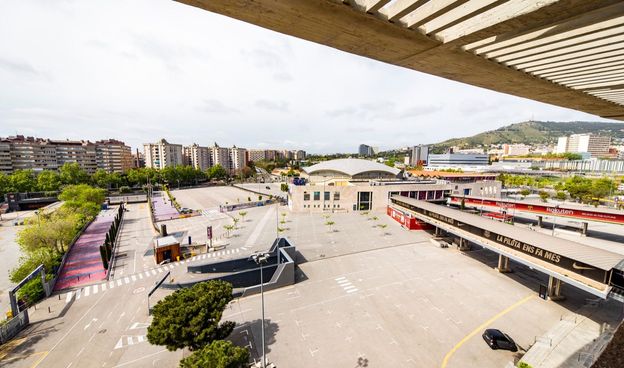 Camp Nou to be a mass COVID-19 vaccination center

A letter: thank you!