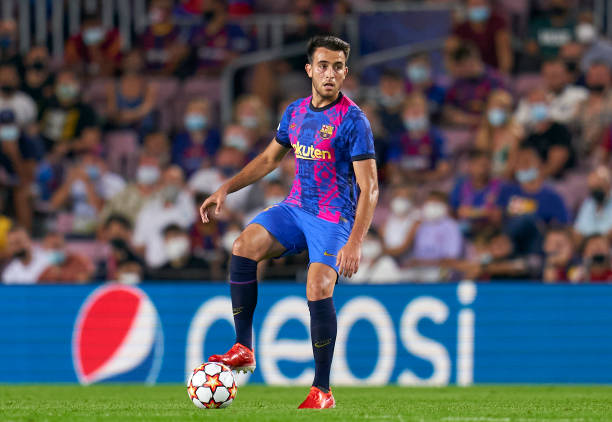 Eric Garcia spoke to Catalunya Ràdio on Friday. Where he talked about, Bayern München, Ansu, Messi, and various topics.

Here is what Eric had to say:

“It is a good time to be here because the club is betting on young players. Which is very important for the future.”

“When I arrived, I knew there would be a lot of competition. I am very happy with the confidence Koeman has given me. We started very well against Real Sociedad, then not so much. We have to improve and I’m sure we will. I am a winner alongside the club and my teammates. We will do everything possible to win.”

“I made the decision to come in 2020. I knew it would happen then, or a year after, but I never doubted. I focused on City in 2020, knowing that Pep was not going to count on me much.”

“The defeat stays with you for a long time, but the next day, you should start thinking about the upcoming game. So now, beating Granada whilst playing a good game is the most important thing.”

“Against Bayern, in some things we were not very successful. but we must give credit to the rival. We have to improve and work, and surely we will compete again. Bayern has been at a very, very high level for 2 or 3 years. We have young players and several important players who are injured, but we are working to get the club back to where it belongs. The squad does not like to lose, especially like the ones against Bayern.”

“To play with Ansu again is a dream, for the both of us. I hope it will be soon. I am a human and when I see a footballer in his situation, it does not feel good. Although at the end of the tunnel there is always light, Ansu is almost there.”

“It is essential that youth gets importance. Gavi, Balde, and Yusuf are performing very well, that’s the reason they are playing. I am certain that they will be important players.”

“Football, in general, involves a lot of work with the ball and requires one to be at a very high level, physically. All teams work on it and here it isn’t any less. Williams (recalling the game vs Athletic) is one of the fastest strikers in the league, so just as it cost me, it will cost others too. As a defender, you have to get used to everything, whether it be playing in anticipation or running backward.”

“If the coach has decided to do something. It is because he believes it is best for the team.”

“Whether at Barca or in the national team, you must listen to what the coach tells you. They are the ones who understand the most.”

“When I arrived, in my presentation, I said that it would be a very special occasion to share a dressing room with Messi. It is a huge loss but these happen in football. You can no longer do anything.”