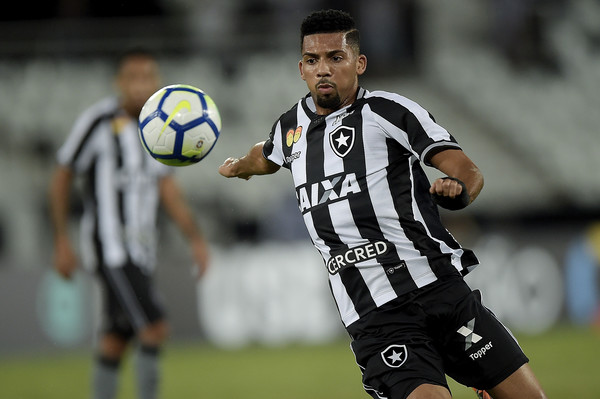 FC Barcelona’s new signing, Matheus Fernandes, sat down with Barça TV+, for his first interview as a Blaugrana player after signing for the club in January. The Brazilian talked about his desire to play for Barça, his admiration of Sergio Busquets, and many more.

“I’m tall and quick, and I can beat opponents with my speed. I win balls too, I know how to apply pressure and I’m also skillful. All of that is going to help me to adapt to playing for Barcelona.”

“I think the fact that we Brazilians, like to keep the ball at our feet is going to help a lot. FC Barcelona does everything with the ball, and that’s fundamental for me, very important, and that’s what I work hardest on every day. I try to get better every day and I’ll do all I can to help Barça.”

“I want to win major trophies. It has always been my dream to play for Barça, and now I have got that chance I want to make the best impression possible, and if possible finish my career here.”

“I have always had ambition and I always wanted to play alongside such great players, the kind of players that influenced me as a kid, and to follow in their footsteps. When I heard Barça was interested it was so rewarding to know that I have been doing things right. Because if a big club comes calling, that’s because you have been doing a good job.”

“I have admired many players, but most of all Busquets. I always took inspiration from Busquets. There were others, like Xavi, Iniesta, and Messi, who were all role models for me.”

“I am so proud that people compare me to such a great player, my personal hero. I don’t know if I’ll ever be able to do what he did in a Barça shirt, but I hope to have a good career here, doing all I can to make a contribution to FC Barcelona.”

“I still can’t believe it. I will be playing next to Messi, next to Busquets, that’s a dream come true for me. I am so happy that I’ll be sharing a dressing room with such players.”

“I wasn’t expecting to play against Atlético Madrid. I was well focused. I knew what I had to do. I’d been training for some time with Valladolid, and I not only played the game but was named man of the match, I was so happy. I’m getting better and better, and working very hard on my game.”

“I had always dreamt of coming here and playing for Barça in LaLiga. I think this is where the best football in the world is played. I had a few doubts before coming onto the field for the first time, but once you get the ball and hear the fans behind you, you know what to do and it all goes right. I think this is one of the best leagues in the world.”