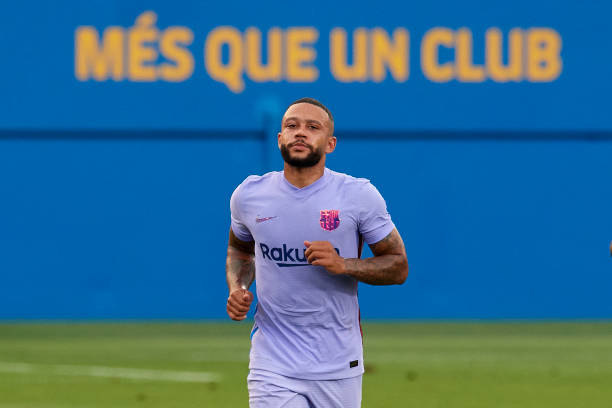 FC Barcelona forward Memphis Depay spoke with Mundo Deportivo in an interview Wednesday morning about his recent transfer to the club.

On why he chose to play for Barça over other clubs

“Because it is a great club. I think it fits my way of playing and I love this city. There are many reasons.”

On when he first heard about Barça’s interest in him

“A long time ago, maybe a year ago, something like that. I remember that day, you feel very good when a club like this is interested in you. [It] makes you feel very good and gives you extra confidence. It means that you are doing things well. It was a great day.”

“I spoke with the coach to see what was possible or not. He told me that we were not in an easy time at the club and that we had to make movements and do things different from what was being done. And also when I changed agency he made it all a little longer, but for me it was the time perfect and for the club too, and we decided to do it now.”

On his biggest dream with Barça

“No. They are all important, LaLiga, the Champions … I don’t have any special ones.”

On what he thought about his visit to the Barça museum

“When you arrive at the stadium and visit the museum you have that feeling of living history, you see the trophies, and it is a moment where you really realize that you have reached a great club.”

On his first day of training with the first team

“Everyone was very kind to me. I felt a great welcome, and it is a feeling that makes you feel very comfortable. Of course the level of training is high, but that makes me happy because it is what I felt I needed in my next step as a professional.”

“I have played against a couple of colleagues. Against the French national team … Antoine [Griezmann] of course, I played against him, also against Gerard Piqué. As the days go by, you talk more and more with each one. You see them work and train, and they are very natural. It’s like in a new job. I am happy with the sensations.”

On his first interactions with Piqué, who is captain in absence of Lionel Messi and Sergio Busquets

“He welcomed me. He is a great player who has won many trophies, a good person, and a joker. He is very nice and funny.”

On if he dreams about being in the starting eleven

“Everybody dreams this, but I don’t dream it, I work for it. It is up to me to show the coach that I have to be in the starting eleven.”

On what position he likes best

“In many positions. As a forward, as a left winger, as a false nine … I can play in all these positions and I feel comfortable there.”

On what Koeman has asked of him as a Barça player

“I know what he expects of me. The same I gave in the national team and in Lyon. I will try to offer the same quality to this team.”

On his first days in Barcelona

“It is a very beautiful city, the weather is magnificent, the food is very good, the people are friendly. I only have good words. It is a perfect combination between the city and the football club. I could not ask for a better place.”