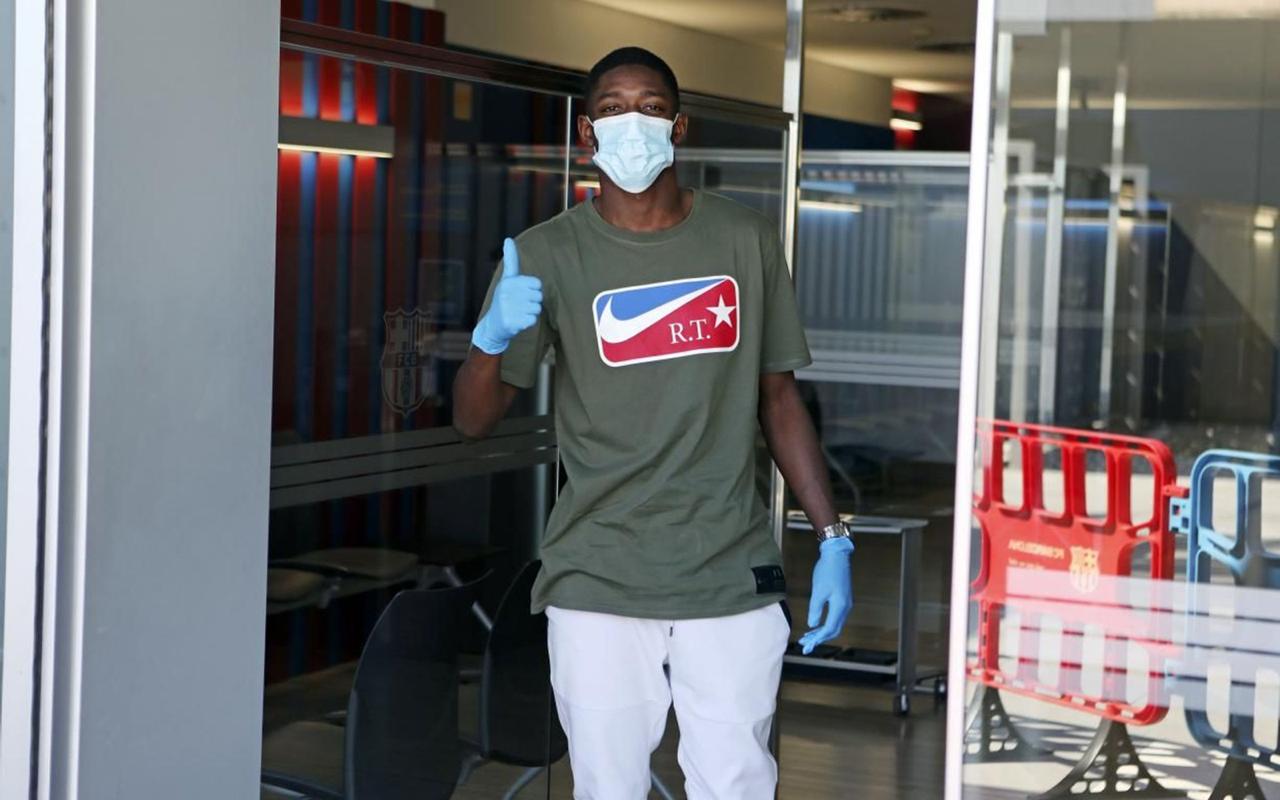 Ousmane Dembélé returns to the Ciutat Esportiva to continue his recovery after passing the coronavirus test.

The Champions League match against Borussia Dortmund at Camp Nou was the last match for Ousmane Dembélé, who in February suffered one more injury in his career. On February 3 of this year, during a training session, the French winger broke the femoral tendon in his right leg and, due to the hardness of the injury, had to undergo surgery in Turku, Finland, by Dr. Lasse Lempainen, according to the club through an official statement.

Dembélé’s career at Barcelona has been frustrated by injuries, the young Frenchman was signed in the summer of 2017 as a substitute for Neymar, from Borussia Dortmund after a great season at Signal Iduna Park. Since his arrival at Barça, Ousmane has suffered five injuries and a long time on the sidelines, which have taken away from him 80 games with the Barça shirt.

However, Ousmane Dembélé’s time at Barcelona is far from over, as he carried out the coronavirus test at his house on Monday, one of the preventive measures requested by LaLiga, and now he has the green light to continue his recovery at the facilities of the club, the Ciutat Esportiva. From the club, they report that Dembélé will have a different schedule from their teammates as another preventive measure.

Waiting for how his recovery can go, Barcelona and his supporters continue to trust the young Frenchman and are already waiting for his return.