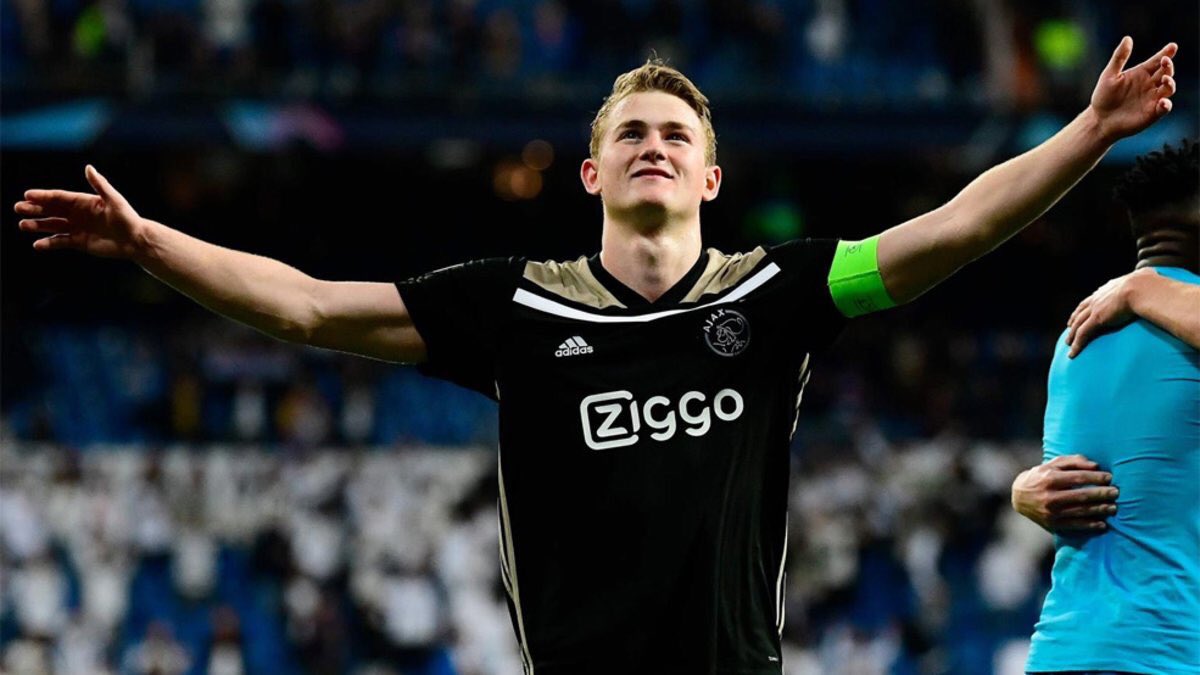 Matthijs de Ligt is a hot name in the transfer market, and has been so for a solid year now; and the saga of whether he’ll end up in Barcelona or elsewhere continues. We’ll update this article whenever something new happens, so feel free to bookmark it. For now, let’s go through what’s happened with de Ligt so far.

The Dutch player has been very impressive with his current club Ajax, gaining captaincy of his childhood club, and has been a very sought after player for many big clubs, among those FC Barcelona, Juventus, Manchester City and Paris Saint-Germain.

His best friend, Frenkie de Jong, was a hot topic in both the summer and winter transfer market, and despite big interest from Paris Saint-Germain, Barça landed the deal after Josep Bartomeu personally travelling to Amsterdam.

Paris were interested in acquiring both de Ligt and de Jong – dubbed ‘the Dutch Duo’, and after de Jong’s completed move to Barcelona, whom he’ll join in the summer, PSG have turned their attention to his best friend and current teammate, Matthijs de Ligt.

And just like with de Jong, Paris’ biggest obstacle is Barça. The player has publicly said that “anyone would love to play for Barcelona,” when asked about a possible interest in joining his best friend’s upcoming team, but there is a reason for his rather cryptic answer: he doubts Barcelona’s interest – a problem that de Jong also encountered during the negotiations.

The player himself wants to join Barça, but wants the club to ‘take the first step’, and show that they are serious about him joining the club. He wants to know what sporting project lies ahead for him if he does make the move, this mainly because of the Club’s big amount of defenders: Gerard Piqué, Samuel Umtiti, the surprise of the season in Clement Lenglet, Thomas Vermaelen who although he could be leaving this summer is part of the squad for now, Jean-Clair Todibo who recently joined the Club, not to mention upcoming talents in Chumi and Jorge Cuenca.

However, according to Mundo Deportivo and SPORT’s journalist, Roger Torello, the defender is willing to accept an economical cut by choosing Barcelona, if the club can guarantee him a good sporting project and a satisfactory role, and also match the other interested clubs’ offers. But his focus remains on Ajax – for now.

Seeing as Frenkie de Jong still is at Ajax, the player could certainly influence de Ligt’s decision, as they’ll get to play together, move to a new team together, and will be able to support each other among a lot of new faces. De Ligt knows that all eyes will be on him when Ajax face Real Madrid next Wednesday, on February 13th, but will look to retain his focus towards Ajax, and not be phased by the interest from other clubs.

As for Ajax, the Club would most likely sell to whichever club the player prefers, as long as said club offers Ajax a sufficient amount of money, which would be around €70 million with PSG, Barça, Bayern and Juventus being the most interested clubs, at the moment, according to Radio Catalunya journalist, Oriol Domènech.

As for Barça, the Club is calm and will not look to rush the situation, as the belief from within the Club is that De Ligt should be able to withstand pressure from his agent and other clubs, if he really does want to come to Barcelona. Time will tell where he ends up, but Barça at this point look like a very likely destination, with Frenkie de Jong being a key to the deal.