FC Barcelona host Celta Vigo on Tuesday night and can get a step closer to being runners up in the Spanish first tier. Xavi spoke on new signings, importance of being second, and several Barca players.

“We have achieved the objective of being in the Champions League, second place will give us a chance to play in the Super Cup. Celta are a very good team, with an offensive soul. They have very talented players, Denis, Aspas, Brais, it is going to be an important test. We must improve our game, not lose balls and win to be a step closer to second place.”

“There is no exact profile like Busi in the team. We must learn to control the game when Busquets is not there. He will not be eternal as it has happened to all of us and it is important that the club plan for this. Barca should have at least two players per position and there are position where we only have one. Good planning is essential.”

“I think it’s important to strengthen the team every year, it doesn’t matter if you win or lose, but even more so if you lose. This year has not been positive because we have not fought for titles. The economic situation of the club remains delicate, there must be exist to accomodate reinforcements.”

On his participation in the planning:

“There is no problem, I am very comfortable with Laporta and the rest of the sporting team. My opinion is respected, although work needs to be done so Barca can compete next season.”

“We know what we want, but the economic situation does not belong to me, the club is working.”

“Barca must take caution with him after such a long injury. I see him very happy, especially after his goal. We have made a plan for him so that he does not got overloaded. Playing 90 minutes now would pose an unnecessary risk.”

“It’s very difficult for us because of our economic situation, I’m not going to fool you.”

On whether signings can be done:

“it depends on the economic situation. If we can’t get someone, we must look for alternatives. The situation is hard but at the moment it is our reality.”

On the improvement after Koeman’s departure:

“It’s not about me. It’s about reviving Barca. I have seen a lot of comparisons of Koeman’s stats with mine, he did a great job and we are doing a great job. I know where I stand, I can bare the criticism. In my opinion, we have improved from November and the numbers prove that.”

“He will be important in the last run of matches. We will talk about his future at the end of the season.”

“Strikers have streaks. He will continue to score goals. Auba’s numbers are very good, so are Ferran’s. He gives us a lot, especially in the box.

“He is a player who needs freedom. We urge him to attack and shoot. He’s at a good level, I am very happy with him. Frenkie has made a difference in recent games and his performances have been positive.”

“He’s a very neat midfielder, barely loses the ball. He can play as an interior or as a pivot.” 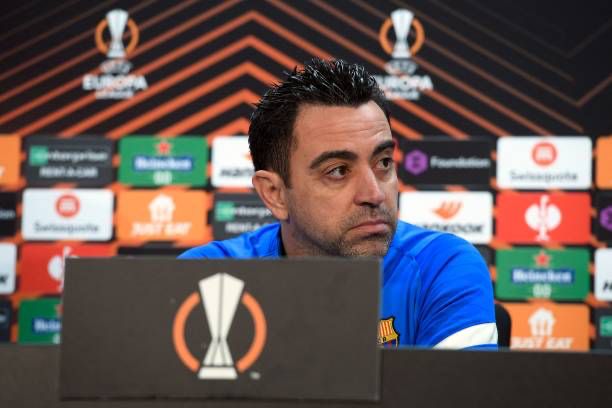