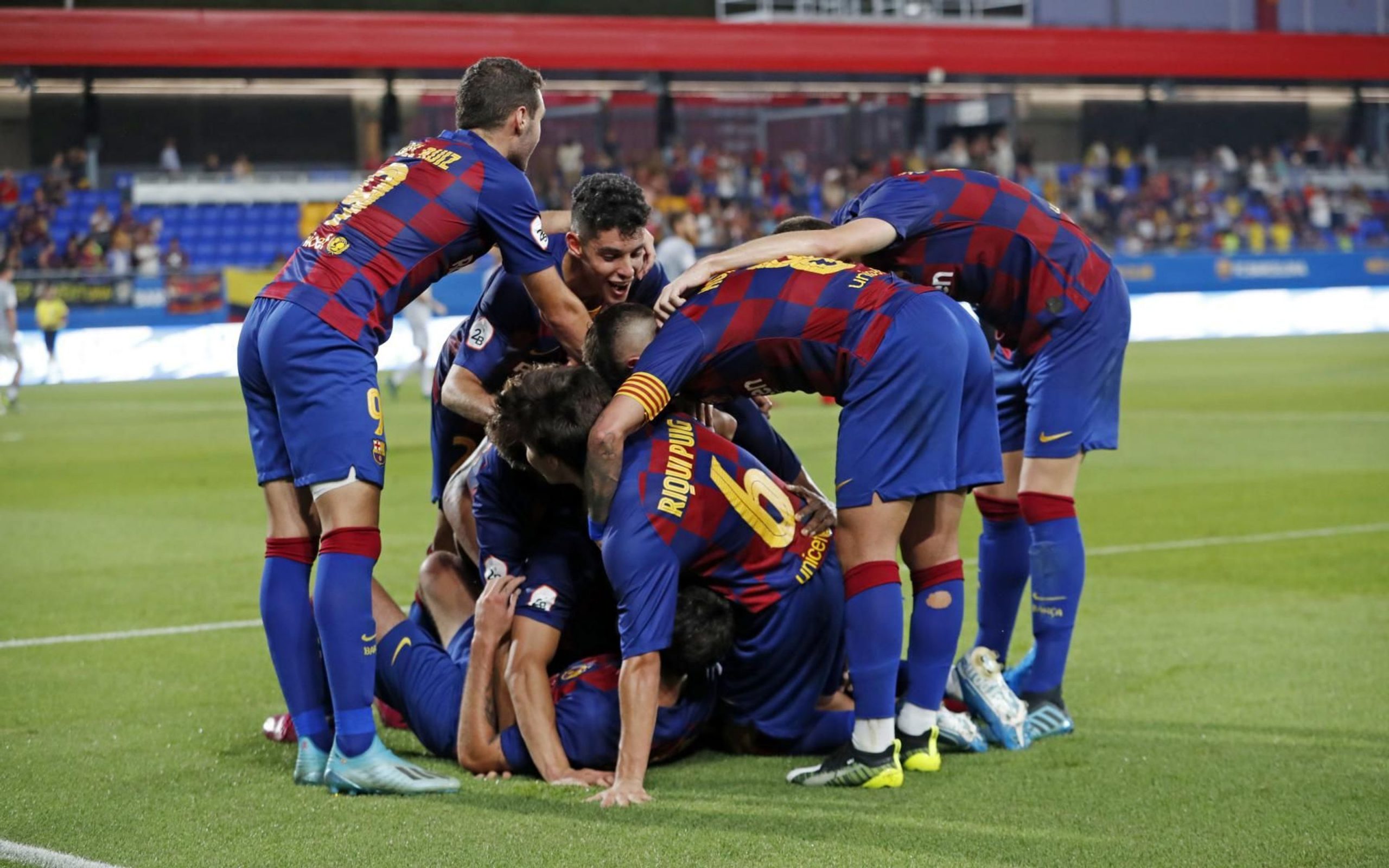 García Pimienta’s Barça B will face the playoffs in hunt of promotion with a strengthened squad by both youth academy players and new signings.

Barça B’s spectacular season was interrupted, but their fight for promotion to the Second Division was not. García Pimienta’s team will play the ‘express’ playoffs to determine the promotion to LaLiga Smartbank, those matches will be played from July 18 to 26, however, the facilities where the playoffs will take place is yet to be determined by the league officials. Malaga or Marbella are being considered as options and not Murcia as previously planned.

In the extraordinary campaign of the ‘B’ team, a dynamic football faithful to the style of the club stands out, much of this thanks to its pillars. Those players have gathered the attention of the first team several times and have even entered the dynamics of the Quique Setién’ team, Riqui Puig, Monchu Rodríguez, Álex Collado, Iñaki Peña, Ronald Araujo.

However, García Pimienta has called nine youth players to expand his squad and add even more quality. Several of these Juvenil A players have already debuted under the orders of the Catalan coach this season and they were also rooted in the dynamics of the Estadi Johan Cruyff’ team. As has been the case of the defender Mika Mármol, the midfielder Iliax Moriba and the strikers Gerard ‘Peque’ Fernández and Konrad de la Fuente – Moriba, Fernández and de la Fuente have already made their debut as ‘B’ team goal scorers.

They are joined by new youth players who have stood out throughout the season with Franc Artiga and Víctor Valdés previously, and now Pimienta counts on them. Nico González and Álvaro Sánz are the chosen midfielders, and Jaume Jardí and Nils Mortimer are the preferred forwards.

Meanwhile, the stellar reinforcement of Barça B could be Ansu Fati, who has not yet debuted with García Pimienta but has shone with the first team and his situation depends on Setién’s plans for him.

According to SPORT, two more players are also added to the ‘B’ squad, Matheus Pereira and Ramos Mingo, both, winter signings that could not make their debuts due to setbacks and delays with the paperwork. However, the situation is complicated for the Brazilian midfielder and the Argentine central defender since concerning García Pimienta the Juvenil A players are ahead.

According to the same report, the Catalan manager prioritizes the Barça DNA of the Juvenil A players, his experience and knowledge of the style. Therefore, the former Juventus and the former Boca Juniors players, respectively, have a very difficult chance of securing a place in the team, since their positions are considered well covered by the current squad.

It is worth noting the Barça B-Juvenil A situation in terms of renewals since many players from both squads end their contract this summer and although Barcelona has already offered proposals to the players and the coach, it has not yet been made official.

Noelia Déniz, a sports journalist with sources close to the club, has reported that Barcelona will be announcing the renovations that have already been agreed, so Konrad de la Fuente, Nils Mortimer, Álvaro Sánz and Mika Mármol extend their commitment to Barça, according to the same report.

The club is waiting to what may happen with the pending contract renewals – García Pimienta, Juan ‘Chumi’ Brandariz, Lazar Carevic, Sergi Puig, Guillem Jaime and Kike Saverio. Before-mentioned renewals could produce a ‘domino effect’ that would modify the promotions from academy football categories, Barça B and even the first team.

The extension of the Catalan coach, Frances Xavier García Pimienta is the priority and the club works towards this.

The ‘B’ team has already been able to carry out complete group training sessions starting this Monday, except for the players who have gone up to train with the first team, such as Riqui Puig, Álex Collado, Ansu Fati, Chumi, Ronald Araujo, Kike Saverio and Jorge Cuenca.

At the end of the day, an important part of the Barça B squad for the playoffs is conditioned to the situation of the first team regarding its players, considering this, García Pimienta has a complete arsenal of reinforcements.