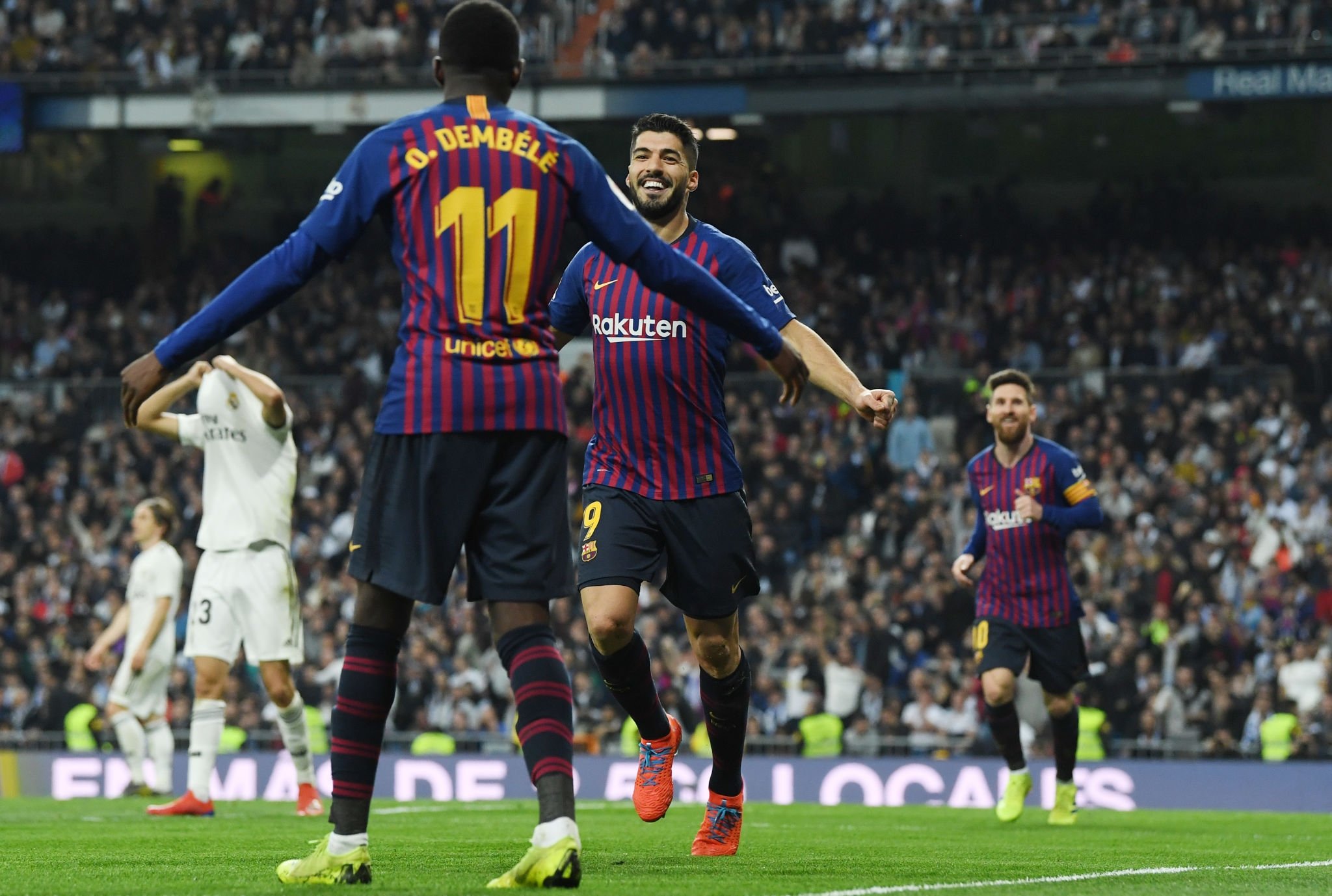 Barcelona beat Real Madrid, who despite their constant domination in the first half, and parts of the second half, simply couldn’t hit the back of the net. Barcelona’s efficiency in front of goal landed them the ticket to the Copa del Rey final at the Villamarín on May 25.

The fixture between La Liga’s giants in Real Madrid and Barcelona has always known for its inevitable drama from start to finish, and yesterday’s game was no different, as the winner of the tie would face either Valencia or Real Betis in the final – who the opponent will be, is decided tonight, when the two teams face off at the Mestalla in Valencia.

However, more was at stake when Barça and Madrid met in the Copa semi-finals, as Real Madrid were looking to salvage their Liga wounds by fighting for the only piece of silverware their performances thus far can guarantee them, given their inconsistency under interim manager, Santiago Solari.

Barcelona, on the other hand, were going into this game wanting to win all three trophies this year, and were not going to back down despite Real Madrid having the away goal advantage from Lucas Vázquez’ strike early on, at the Camp Nou.

Leading up to the game, Barcelona’s squad had the surprise inclusion of Arthur Melo and Jasper Cillessen, both having gotten the medical green light two days before the game, but Kevin Prince-Boateng saw himself snubbed in favor of Malcom, who spent the 90 minutes of yesterday on the bench.

Due to this, the starting lineup was a special one from Ernesto Valverde:

Jasper Cillessen, Umtiti, Arthur, Aleñá, Vidal, Coutinho, Malcom were on the bench, and Iñaki Peña, who originally was in the 19-man squad, was discarded.

Real Madrid’s starting lineup was the expected one, and truthfully the exclusion of Marcelo and inclusion of Reguilón wasn’t really a surprise, given how well the latter has been playing for Los Merengues lately. This was the home team’s lineup at the Santiago Bernabéu:

The game started off with Real Madrid dominating heavily, and this was shown by their many chances created, having taken 6 shots in the first half with 5 of them from their Brazilian winger Vinicius, who didn’t have trouble creating chances, but definitely had problems keeping the end products on target.

Barcelona were pinned back in the first half, and Madrid undoubtedly had the better first half, and had they been clinical, the game could’ve been put to bed then. They weren’t, and ended up paying the price in the second half, when Barcelona really came to life.

Ousmane Dembélé who hadn’t been able to do much throughout the first half, certainly came to life in the second. He made a good overlapping run on the left wing being sent through by Jordi Alba, and laid it off to Luis Suárez who fired it home at the near post, giving Barcelona the advantage in the 50th minute of play.

Real Madrid created chances, and Nélson Semedo was put to the test by Vinicius on multiple occasions. Despite the times where he got sent to the cleaners, it’s fair to say Semedo had an overall decent game, and that putting Semedo in that right-back over Sergi Roberto was a good decision by Valverde.

In the 69th minute, Barcelona executed a quick counter-attack through Nélson Semedo who found Dembélé out on the right wing. The Frenchman crossed a low ball in towards Suárez who had run his lungs out, and it was touched in by Varane who made it 0-2 in Barcelona’s favor.

Barcelona were effective on the counter attacks yesterday, and although it would appear that the players don’t have the same trouble when it comes to finishing as they’ve had in the past few games, namely against Lyon, we shouldn’t have first halves like the one at the Bernabéu, if we want to be in for all three tournaments.

However, the efficiency in transition was once again put on display by the Blaugranas, as Suárez was through on goal, before getting taken out by a defender, and although Lionel Messi usually is the penalty taker, Luis Suárez was sent to the spot. Making no mistake, he chipped the penalty in Panenka-fashion, and made it 0-3 at the Bernabéu, much to the home fans’ dismay, some of which left early to avoid further humiliation.

Real Madrid’s players, fans and the likes will definitely have a point to prove when Barcelona guest the Bernabéu once again on Saturday, and perhaps the fact that it’s a league game could add another psychological edge to both teams: a win for Barcelona could put the league even further into Barca’s hands, whereas a Madrid victory could give them a chance to challenge for the league title.

The title has only been won twice in the last 9 years by the Merengues; the remaining 7 years, it’s been won by Barcelona 6 times, and the 7th by Atléti, who snatched it from Barcelona’s hands with Diego Godín’s equalizer cancelling out Alexis Sánchez’ wonderstrike, in 2013.

Having another Clásico on the way, not to mention the SuperCopa de Catalunya final against Girona on March 6, where Valverde most likely will field a somewhat reserve-filled team, and having the Lyon game coming up, rotation will without doubt be key.

Arthur is back and fit, Coutinho is slowly regaining form, although he didn’t add much yesterday, which also comes down to how wasteful both teams were towards the end of the game. Malcom is ready to play, Sergi Roberto is a wildcard to Valverde the same way he was to Luis Enrique and Umtiti is back in the defense, as is Cillessen in goal.

We certainly have the means to rotate and still maintain good team spirit and a high quality team on the pitch, but the question is whether Valverde will want to do that, or whether he’ll opt for the safe option whenever possible.

Hopefully, it’ll be the former rather than the latter, and quite honestly, his substitutions have been good recently. It’s clear that he’s improved since the Roma debacle, and if he can rest players when need be, and play our younger talents such as Malcom more often, I’m certain we can go all the way in all three tournaments this year.