Barça held by Sevilla: A Breakdown of What We Saw

Barcelona played host to Sevilla at the Camp Nou in their final game before the first International break of the new season in what was their third cogent test since beginning the new era under Ronald Koeman.

The game started with Barça making one change to their XI from the previous 2 games, the enforced change of Ronald Araujo in for Clement Lenglet after his red card in the game against Celta Vigo on Thursday. The game started in a very cagey manner. Both teams executing their press really well and reducing the space in between the lines by staying very compact. This explains why Phillipe Coutinho struggled to really influence the game as he has in the preceding games.

Barça conceded for the first time this season, from a corner that wasn’t properly cleared and Sevilla pounced with Luuk De Jong maybe forgetting that Neto’s kids would prefer if their father’s face wasn’t disfigured by his fierce shot. This was a concern before the game, Sevilla scoring first and making the game really difficult for Barça, but the team responded really quickly and effectively, not dropping their heads as they have in previous years. Lionel Messi’s exquisite pass timed to meet Jordi Alba’s perfect run was incompletely intercepted by Jesus Navas, directing the ball onto Coutinho’s path for an easy goal.

Leo Messi also had a part to play in Barça being stifled, he at some points during the game held on to the ball for too long, he’s Leo Messi however and having him on your team is always an advantage, even on days when he’s seemingly ponderous, his quality was evidenced by the equalizer Coutinho put away. With or without Jesus Navas’ skewed interception, that pass was highly likely to have led to a goal, with the Jordi Alba run astutely picked out by Messi. The Navas interception meant the goalkeeper Bono was wrongfooted, and Coutinho just placed the ball into an empty net, but if Alba had connected purely to the pass itself, then it would most likely have been squared for Coutinho to score.

Ansu Fati was also kept quiet, Barça’s insistence on attacking down the left, albeit necessitated by the apparent ineptitude on their right-hand side, with the duo of Griezmann and Roberto almost abysmal going forward. Griezmann looked timid and devoid of any confidence every time he was on the ball; it was really painful to watch him trudge around after each horrible touch. Sergi Roberto has to have seen how Sergiño Dest was on the other side of the pitch and know that his place is well and truly under threat. Tantalizing to see how things pan out if Dest and Trincao get extended runs of games down the right whist Alba and Fati are on the left. Truly tantalizing and fans can be certain they will get to delight their eyes with the sight of these prospects. It’s a long season and a lot of possibilities abound.

The defense has been sturdier than fans are accustomed to, since Senor Koeman arrived, the team has defended better. Ronald Araujo was really really impressive in this game. His pace is so important, subtle but firm reminder of what Barça have missed in defense over the last few years. Ronald Koeman, himself a great center back in his day, made comments about him after the game that reflect his place in the Club and what they think of him. A really great prospect to build the defense upon. And his pass that set Griezmann through on goal was an indication that Koeman wants his back five to look out for such things when they are under pressure, we have seen Lenglet do it in both of the games he’s played.

The International break couldn’t be better timed for Ronald Koeman and his team, he can go in with the lessons he has learned from this game and make improvements to the team. For sure, this is a team on the way up. 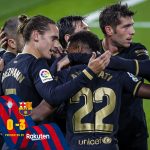 Victory in Balaídos: Another step in the right direction 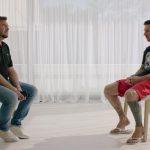 The day after: Messi stays, but confirms he wanted to leave 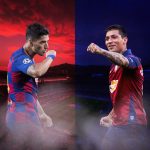 Barcelona vs Osasuna: Five things we learned as Real Madrid are crowned La Liga champions, and José Arnaiz returns to the Camp Nou to knock Barça off their perch