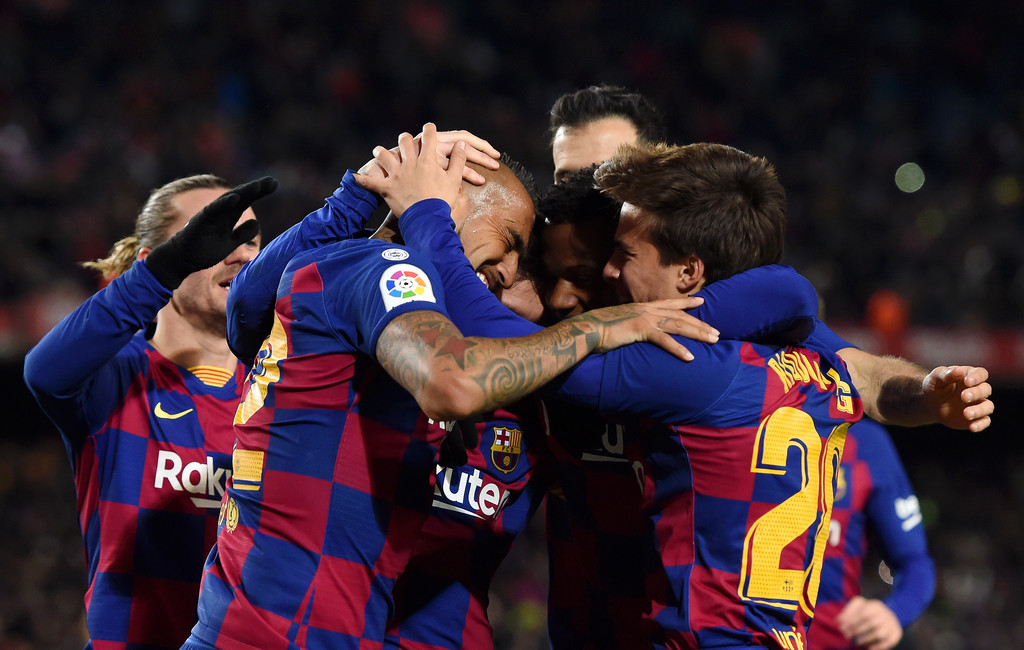 The best of starts isn’t exactly the phrase that would be used to describe Barcelona’s season thus far, with injuries having played a big part in the setbacks the club has endured so far, and the departures of squad players haven’t made life easier for Barcelona nor the Blaugrana faithfuls.

The season is well underway, and Barça’s situation thus far could be better. While offloading outcasts like Rafinha and Denis Suárez was good for the players’ careers, it has inevitably made the squad lighter, and the injuries aren’t helping deal with that. On the injury list currently are new signing Neto Murara, Ousmane Dembélé, Lionel Messi and Luis Suárez.

Luis Suárez’ injury is one he has recovered from, and according to ESPN’s reliable duo, Moisés Llorens and Samuel Marsden, the Uruguayan is fit to feature against Valencia this coming Saturday, with his recovery having gone well after having gotten injured in the defeat to Athletic Bilbao at the San Mamés, where his expected time on the sidelines was one month. That timeframe is coming to an end, and he’ll most likely play with Antoine Griezmann as part of an attacking trident against Valencia and then Dortmund.

Lionel Messi is however still struggling with his injury, and while he was expected to feature in one of the games before the international break, namely against Osasuna, his recovery has stretched out, and he will most likely not be ready for the Champions League opener against Borussia Dortmund on Tuesday. The reason for him not featuring against Osasuna was that he didn’t feel ready and fit, and thus wasn’t risked by manager Ernesto Valverde.

However, the positive from Messi’s recovery is that he, according to what club sources have told ESPN, has been able to train with a football in the club’s sandbox at the training facilities, and the hope is that he’ll be back sooner rather than later. However, the source says that there is some ‘concern’ for the Argentine’s injury due to its prolongation.

Ousmane Dembélé remains on the sidelines, seemingly until the end of September, after he got injured for five weeks during a training session. He had received what he believed to just be a knock and what followed a discomfort, but after returning from a visit to his mother in Rennes, he was injured in the following training session, and was ruled out for five weeks, after tests was conducted on August 20th, a Tuesday.

Neto Murara fractured the scaphoid in his left hand, and an operation on his hand was conducted, as announced by the club on August 13. The player was ruled out for 6 to 8 weeks, and his return should be expected soon. However, he’s yet to be declared fully fit by the club, and as a result, Iñaki Peñá, wearing the number 26 on his back, has been the one playing second fiddle to Marc-André ter Stegen, who slowly but surely has gained his starting spot in the team, especially after the departure of his then direct competitor Claudio Bravo to Manchester City, in August of 2016, five days before Deadline Day.

Messi’s injury is one that has worried the Barcelona faithfuls, but it is hoped that he will be back soon, and while some have speculated that it’s a protesting move for the club having failed to secure Neymar’s signing, that theory is extremely unlikely to be true. He is injured, and neither he nor the club want to risk him having a potential relapse, but he will, if everything goes according to plan, recover soon.

Barcelona’s Liga game against Valencia at the Camp Nou, as you can see on the front page of this news outlet’s website, kicks off at 9:00 PM in the Central European time zone.