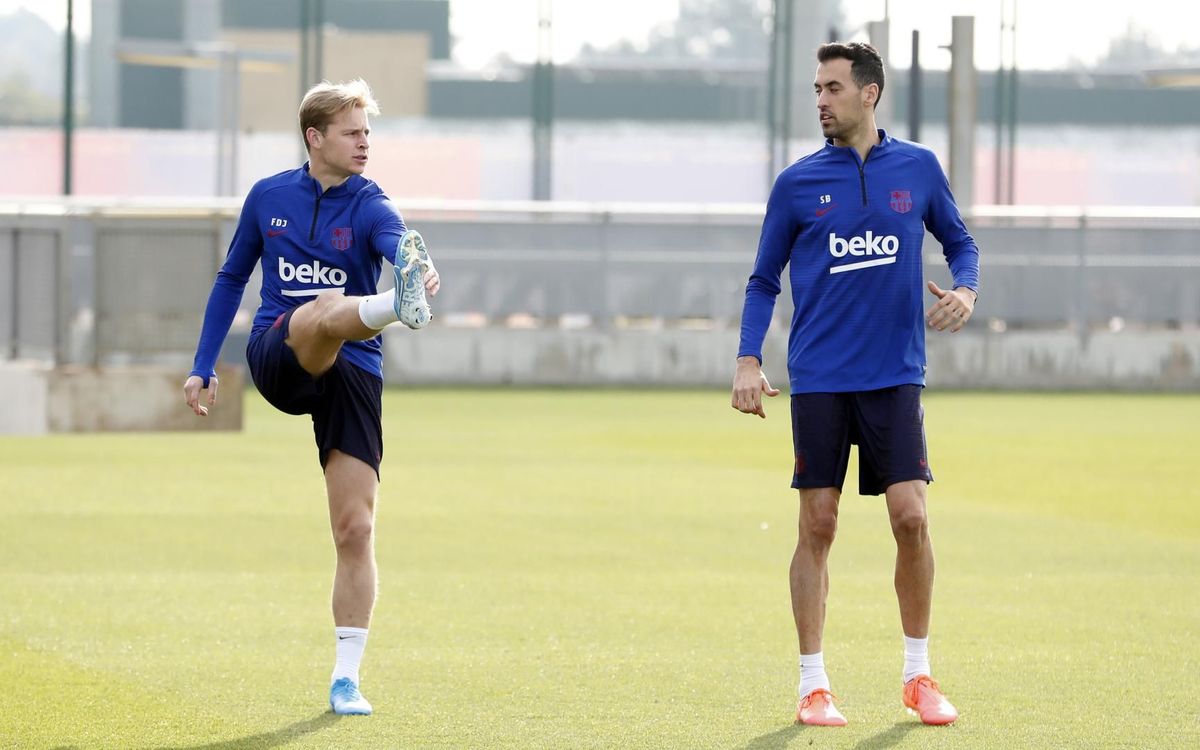 The Catalan club is working on rebuilding its midfield, having made its objective clear and only left two as untouchables.

In Barcelona they are already planning the rebuild of a whole line of players in the team for next season. The Catalan team is already working on make that possible, and has set the objectives: the untouchables, the candidates to leave Barça, and the players the Catalans would like to bring to the Camp Nou.

According to the Catalan news outlet, Esport3, Barcelona has made it clear that there are only two untouchables: Frenkie de Jong and Sergio Busquets. The Dutch player arrived in Catalonia last summer and is the bet for the present and the future. The Spanish defensive midfielder plays a very important role in the team, which is why the technical secretary is looking for a replacement in the market that can give him rest and thus keep him at his best level.

The sporting directors of Barcelona, ​​as reported by the Catalan news outlet, have reinforcements that they really would like in the midfield, to allow rotation and provide alternatives to Quique Setién, as well as the team’s game.

The names of Tanguy Ndombélé and N’Golo Kanté from the Premier League, from Tottenham and Chelsea respectively, are considered. Kanté’s move is economically more complicated, because he is already a consolidated footballer, and this could a Barcelona player enter the deal.

Finally there is Fabián Ruiz, from Napoli. The Spanish player has previous experience in LaLiga after his time at Betis, and he is a player who is liked in Barcelona.

According to the same report by Esport3, Iván Rakitic and Arturo Vidal are in pole position to leave the club.

Within Barcelona they think it is the last chance for the pair to so, due to their age and current level of play. The departures would allow the club to get profit that could prove to be important, or could look to make the two midfielders part of a swap deal. The lack of prominence that both have had and, which is also expected to decrease in the coming season, opens the door for them to leave the club.

The Croatian, Iván Rakitic, deems a return to his former club, Sevilla, the ideal move, and the Andalusian club would like for the midfielder to return after 6 years in Barcelona and a successful career under his belt. However, economically the move is complicated by the price tag that the Catalan club demands for a sale of the Croatian, as well as the player’s high wage bill. Despite the fact that Rakitic has expressed his desire to stay in Barcelona, ​​the decrease in his level of play after he reached his peak has placed him as one of the candidates to leave.

On the other hand, the Chilean, Arturo Vidal, has offers from Italy — Inter Milan are interested. Barça could take advantage of the interest of the Nerazzurris to include Vidal in an offer for the Argentine striker, Lautaro Martínez, one of Barcelona’s main targets in this market. Vidal already has experience in Serie A.