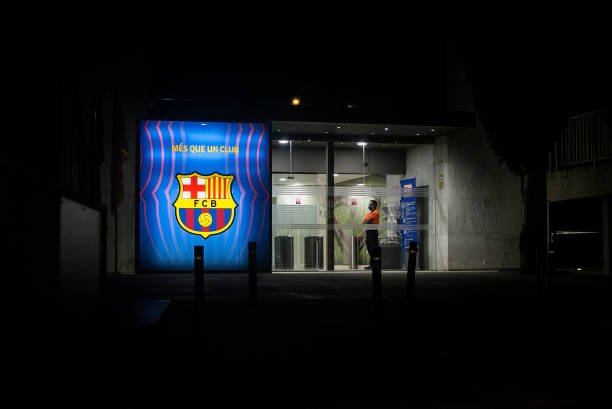 Barcelona keeps trying to gather funds to comply with La Liga’s spending limit. Unless unwanted players leave, Barcelona could be in danger of not being able to register summer signings like Sergio Aguero and Memphis Depay.

Before every season, every club in the Spanish league is set a spending limit. That limit is again updated before the January transfer window. The limit is calculated by taking a club’s revenue, minus structural costs and pending debt repayments for the upcoming season. The club is then left with a number which is the amount of money the club can spend on player and coaching staff’s wages, academy expenses and payments on transfers and agent fees.

Prior to the pandemic Barca had the league’s highest spending cap at 671 million euros, thanks to the close-to 1 billion the club made in revenue. By January of this year, the cap had dropped to 347 million euros. It’s not been confirmed what the spending cap for the current transfer market is, but ESPN suggests it could be around 200 million euros

Club sources have told ESPN that Barcelona has been the club where the pandemic has hit hardest because so much money was generated from match-day income and tourism. An empty Camp Nou and the shops surrounding it shutting down has hit the club hard.

This comes on top of Barcelona already having been pushing the spending limit in recent years. La Liga President Javier Tebas said: “The big difference is that Barca have always been at the limit in terms of wages. When the pandemic came along, they didn’t have that buffer. No other clubs have pushed it to the absolute limit like them. They have lost €350m in revenue during the pandemic. It’s not normal, especially in our league, to squeeze out every last euro. Madrid had limits and they have been less affected by the pandemic.”

Which players will leave the club?

To not breach the spending limit, Barcelona will need to gather funds. The main route to gathering funds is through selling players on the transfer market. Laporta has already secured a bank loan from Goldman Sachs worth 525 million euros. That money will be used to restructure some of the club’s debt. Pending short-term payments will become long-term payments, meaning the clubs spending limit won’t be as limited by debt payments.

When it comes to selling players on the transfer market, the club has already sold on a handful of players on permanent deals. Konrad de la Fuente has left for Marseille, Junior Firpo for Leeds, Carles Alena for Getafe and Jean-Clair Todibo to Nice. Fransisco Trincao has been loaned out to Wolverhampton and Matheus Fernandes has had his contract terminated.

From these deals Barcelona have saved an estimated 15 million euros in annual wages. However, that won’t be enough for Barcelona to register the signings they’ve made. La Liga president Javier Tebas says Barcelona will be allowed to invest 1 euro for every 4th euro they save. That will remain the case until they adhere to their new spending limit.

“For example, if the players Barca have signed, Aguero and others, are going to cost 50 million euros for next season, it means 200 million has to be cut either in salary cuts or in terms of transfers,” Tebas said.

Sources have suggested that the club has opted to save funds by letting go off Antoine Griezmann. Sources said to ESPN that it’s “almost impossible” to keep Griezmann and Messi and stay within the spending limit. A source even said it’s “one or the other.” Reports have suggested that he could return to Atletico Madrid in a swap deal with Saul Niguez.

That deal would be similar to the accounting trick Barcelona did when they signed Pjanic in a swap deal with Arthur Melo last summer. Atletico and Barcelona would both be selling their player for an inflated price to take advantage of the fact that the money coming in is accounted for as a one time payment, and outgoing money is accounted over the duration of the players contract.

Barcelona have also attempted to get rid of other heavy earners but have seemed to hit a wall. ESPN sources say no club has been willing to pay the salaries of Phillippe Coutinho and Samuel Umtiti. Other clubs know Barcelona are desperate and the transfer fee’s are therefore getting dragged down. A source close to Coutinho, who earns around 20 million euros a year before tax, said he is willing to move for the right offer. Interest from AC Milan has been confirmed. As for Umtiti, Barcelona are looking to get a loan deal sorted.

Despite only having been at the club for just over a year, Pjanic has also been told he’s no longer wanted at the club. Sources told ESPN that the player is talking with “big clubs” in England, Italy, Germany and France. Sources say that Pjanic is open to leaving. Martin Braithwaite and goalkeeper Neto could also be on the way out.

Ousmane Dembele could’ve potentially been another wildcard to get some cash in, but he looks to be staying after picking up an injury at the Euros. Clement Lenglet and Jordi Alba also have no intentions of leaving, club sources have told ESPN.

Barca are also attempting players to take wage cuts. Lenglet, De Jong, Gerard Pique and Marc-Andre ter Stegen all signed new deals at the end of 2020 that were adjustable to help the club deal with its financial crisis and the pandemic. Barca hope academy graduates Alba, Sergio Busquets and Sergi Roberto will agree to similar cuts.