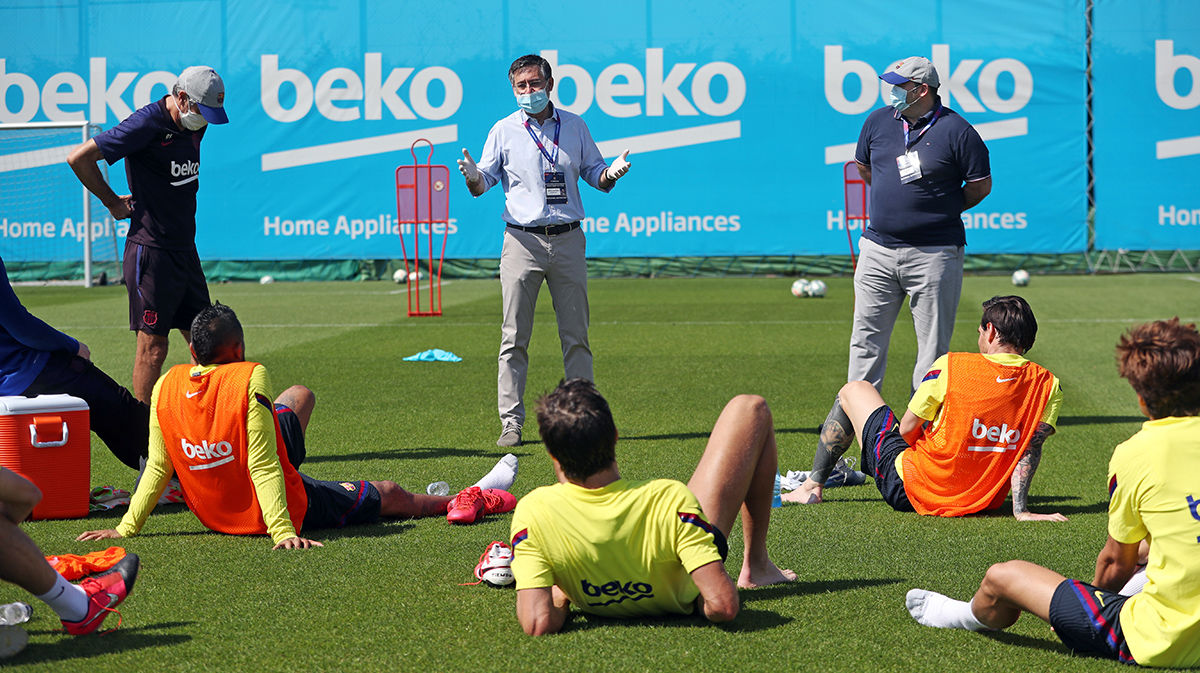 Barça president Josep Bartomeu has asked the first team for the second salary reduction due to the pandemic but the team has not accepted the cut, yet.

In March, the offices of the Catalan club and its first-team players agreed to a 70% reduction in their salary for the term of the Alarm State, besides the players contributed economically so the club could pay the full salary of non-sporting employees that would, in any case, be submitted to ERTE.

With the Alarm State over, the return to training and competition just around the corner, things would be expected to return to normal and the pay cut would end. However, as Catalunya Ràdio reports, Josep Bartomeu and Óscar Grau have asked the the players for a new financial effort, significantly less than the first one.

Barça has lost revenue in recent months, such as in ticket sales, and from the club they know that Barça’s economic situation has been badly affected.

According to the same report, the new planned salary reduction is 10 million euros among the entire squad. To all this, according to Catalunya Ràdio, this is not going to be the last time that the Board requests an economic effort from the first team, since as the Catalan media reports, the idea of ​​the directives is to request a reduction in the salary of their contracts for next season.

On the other hand, according to the same news outlet, the proposal has not gone down well in the dressing room, so they have not agreed to the pay cut that Bartomeu and company are asking for. The squad does not understand that Barça is considering making billionaire signings this summer and at the same time asking for a pay cut in the salaries of its current players.

A clear example of this is the strong intention to sign the number one objective of this summer, Lautaro Martínez, who according to Mundo Deportivo, has reached an agreement with the club which includes a salary agreed at 12 million euros per year.

According to Catalunya Rádio, the ‘no’ given by the squad, for now, does not rule out that a new agreement could be agreed.