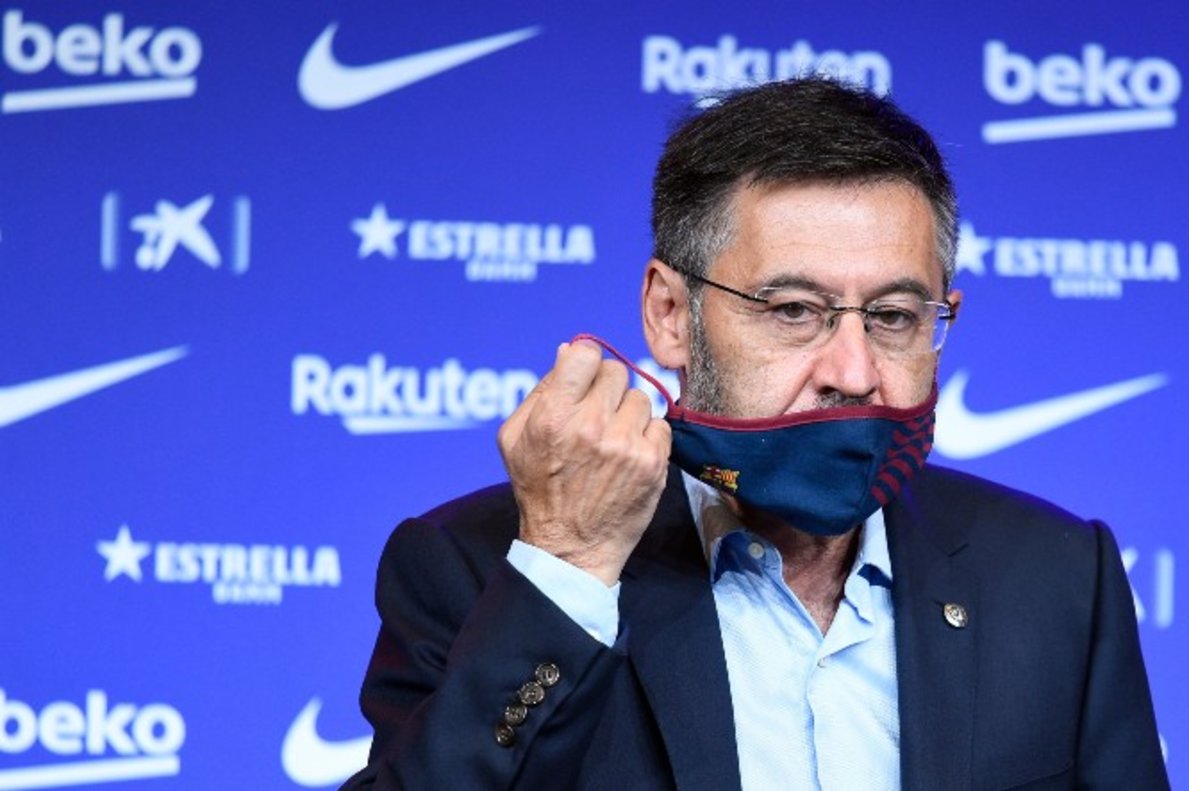 FC Barcelona have given a press conference to clarify the position of the Board of Directors chaired by Josep Bartomeu regarding the health situation and the referendum that has been called after the success of the motion of censure.

As anticipated by several reports from Spain, neither Josep Bartomeu nor his board resigned today and instead, wait for the meeting with PROCICAT that will take place on Wednesday to define the process that the referendum will follow if the Catalan Civil Protection Plan approves. According to the statutes of FC Barcelona, the motion of censure should continue on Tuesday.

According to TV3, Josep Bartomeu has informed the board that he will not make any decision until the Wednesday meeting concludes. It depends on the response that PROCICAT and the Generalitat have, Bartomeu’s decision may change. However, the directors Xavier Vilajona, Jordi Cardoner and Javier Bordas have informed the rest of the board that they want to resign.

President Josep Bartomeu and the club’s spokesman, Josep Vives, gave a press conference to publicize the official position of the board regarding the holding of the referendum, taking into account the health situation in Catalonia and the world.

“Approved the 2020-21 budget pending the approval of the Assembly: 828 million euros, 200 less than expected. The final benefit is 1 million euros.”

“Unfortunately there is no confirmation as of today whether the scenario to bring back spectators to the stadium can be done.”

“The club is looking for a strategic partner to provide the Barça Corporate project with economic muscle.”

“Regarding the VAR, the board of directors reiterates its support to the technology, but shows its disagreement with its application in recent months, understanding that it has not been used equitably and ethically, knowing that other clubs have also complained. We invite the Federation to think it over.”

“We put in place adequate mechanisms for the vote of no-confidence, proposing November 1 and 2 in 13 locations in Catalonia. We formed a commission to analyze the dates, but given the delay, we needed complex logistics and they responded that they would give us the necessary coverage.”

“The technical meetings were running their course, but last Thursday our request to have 15 days to make the suffrage as universal as possible was not respected.”

“We have decided that we will meet again when we have the answers. Covid-19 is affecting us and Barça accuses the consequences, in the economic sphere they are unquestionable. It meant 200 million losses, something that no one could foresee.”

“We appreciate the efforts of our athletes in adjusting their income to the current economy.”

“We decided to bet on Ronald Koeman, the ideal coach to face a restructuring of the squad. Today I want to thank him for accepting the position, facing unpopular measures and courageous decisions that are already paying off.”

“The priority was to have Messi in the new project and I decided not to face a discussion. I was accused of forcing his goodbye to save the bills. Well no, we will not reinforce a direct rival. We made a decision accepting the friction.”

“Everything that we have spoken today was agreed on unanimously.”

“We have always wanted a decentralized vote, in various venues for the largest number of possible club members to vote, that is why we asked for 15 more days, but last Thursday we were told that it would be November 1 and 2. We do not have time and if the voting is centralized at the Camp Nou on November 1 and 2, it will have to be done with an adequate sanitary protocol.”

“Maximum respect for the 20,000 club members who gave their signature for this vote of no confidence. We never wanted to paralyze anything, we only became aware of a fact that could be irregular. We can be happy with how everything has developed.”

“Just now when I was entering the press conference I was informed that there are audios of a lineman with the referee at Barça-Madrid. We are going to analyze it. We have requested because it is not possible that the VAR is in one game in one way and then, in another way.”

“Resignation? We have always asked for a decentralized vote in Catalonia and the rest of the state so that the club members do not have to travel and so that there is a lot of participation. That is why we ask 15 days later. If they answer us, it should be on the 1st and 2nd of November, we will meet again and talk. Speculation I will not do, but the process should be completed.”

“For the Messi case, it never crossed my mind to resign. The project is very interesting with young people and veterans, like Messi. And I think that with him we are going to win a title this season.”

”I understand the positions of everyone, empathizing is important. In the case of Leo, it is good to get angry because it is not good to accept defeat and we have all gotten angry. But there was a deadline for him to announce whether or not he would continue. He didn’t and here it is. We all want him to retire at Barça.”

“Salary reduction? It is not a reduction, it is an adaptation of the salary to the income of the club. We know how the agreements with the club’s athletes have ended since March. I believe that the negotiating table will end well. We work with many unknowns. We do not know if competitions will stop. We continue at the club because there is uncertainty every day and many decisions to be made every day. “

“Political will of the Catalan government to force a change of directive? I’d like to think not. We have always tried to stay out of political and media forces to be able to decide independently. I hope that this is not the case and that the Generalitat informs us of its final position and tells us if the sanitary conditions are valid for November 1 and 2. “

“If the vote has to be on November 1 and 2, it is impossible to do it decentralized, we need 15 days, to agree with the Catalan and Spanish Federation to have headquarters prepared and inform the club members.”

“The conversations between assistants and referees are constant in a game, it would only be missing. The referee went to the monitor and decided. We will analyze it. But we see different interpretations of the same plays in different games. We want a VAR as fair as possible.”

“Have you considered resigning today? Until we have the answer from the Generalitat, we will not make decisions. We are waiting.”

“Fear of being the first president expelled in the history of Barça? We do not manage the club with fear, the Barça partner must express himself. Since 2010 we have won 22 titles, it is the best average of a decade. We only stayed without winning the last year. There are many things to explain to the partner.”

“I have tried to explain the current and difficult situation faced by football, the company, the family … We had to make brave decisions in a few days and we decided to continue and not call elections before due to a question of responsibility. And amid the pandemic, You have to keep making decisions every day We want to keep working for the best of Barça knowing that there is a vote of no confidence.”

“There is no reason to resign because we have already set a date for elections. Even if we pass the vote of no confidence, that date remains.

“The club members message is that they want to call a vote of no confidence, as in the two interior times, we want to know what the whole of the social mass thinks.”

“There is no approved partner, but we are in talks with companies interested in participating and when they are more advanced we will say the chosen one. These are figures that allow us to see that the work carried out for three years is paying off. It is good news because it can be a very positive investment. This club must always belong to the members and not be a public limited company.”

“I can understand that Messi was angry, but we could not let him go because he is the key to the project and we hope that in the next few days he will say that he wants to stay and renew.”

“Piqué? We love him, but it is not true that the club, as he said, spent money to criticize players on social networks. An audit confirms this. I am very happy that he has renewed and adapted his salary to the income of the club. And reading his words, I am not going to argue with the players in public, only in private. My doors are always open to them.”