Battle at the Balaídos: What Would We Like to see?

On Sunday, the Ronald Koeman era began in style, with fireworks, in maybe the most literal possible way. Fireworks went off in the Camp Nou as it did outside it. It was fun to watch Barça play football again for the first time in a while. Effective attack and defensive solidity, the clean sheet was a well deserved one. Limiting a Villareal side who have had two weeks of preparation to one single shot on target is something that is maybe understated. All this whilst having nine shots on target themselves, really great way to start the season.

Focus, however, would now shift to Thursday’s trip to Balaídos. The Catalans have struggled at this venue historically, and it will be a difficult game even though it looks like Celta aren’t all that inspiring on the basis of their current form. So, with that in mind, what can we expect from FC Barcelona on Thursday?

Step Up to the Adversity and show defensive solidity

To start with, it is important to keep in mind that Barça’s struggles on the road in recent years have been well documented. So in the first competitive away game of the new season under the new coach, it would be ideal to see the players standing up to the adversity that Celta are sure to provide. Show some resoluteness and character, banish the demons of horrible performances past, show the fans and the world that Barcelona mean business this season. The performance against Villareal was great, especially in the first half, it would be pertinent for the team to reproduce such a performance so the fans can truly believe with some conviction once again. Step up at the Balaídos and show solidity and resoluteness.

Move further away from Messidependence and see the Youth step up

The game against Villareal was a welcome deviation from the norm, majority of Barcelona’s attacks came down the left. As opposed to the right where Messi is primarily stationed, at least on paper. Again, a welcome deviation from the usual thing, the usual thing had a phrase coined in recognition of it, Messidependence. In truth, it is exceedingly difficult to have a player with the ability of Leo Messi and not be dependent on him. Messi + 10 used to be the case under the previous two managers, on Sunday, it was 10 + Messi. This was evidenced by the second goal. Winning the ball by forcing mistakes, then moving the ball at pace, Coutinho could have just passed on to Messi and relax, but he didn’t, he held on to the ball and laid it off for Ansu to finish. That usually wasn’t the case in previous years. In the whole game, this team looked like they had a plan; and it wasn’t “pass the ball to Messi”, we hope that can continue. And that the other talented youngsters step up like Ansu did. Trincão was electric after coming on, Pedri seemed a bit apprehensive, which is to be expected when you are a 17-year-old at a club like Barcelona. Is Dembèlé still considered a youngster? Because he also seemed to be cautious, the injuries may be taking their toll on his mind. Let us hope he can reach his best soon. Riqui Puig is one we are looking to see what happens with, hopefully Senor Ronald would trust him and aid his development.

There was a vibrance to the Barça attack on Sunday, the press was executed effectively with different layers that were made possible by the 4-2-3-1 formation. In the defensive phase, it sort of morphed into a 4-4-2, with Messi and Coutinho at the tip and Griezmann and Fati out wide. Really refreshing stuff. This is the way to go, as Ansu and Koeman rightly said after the match. Play football that delights the fans whilst securing the 3 points necessary. This is what the fans have wanted over the last few years, are they now finally getting it? Well, the expectations certainly seem to be nudging in that direction. And we can hope the team continue down this path. Força Barça. 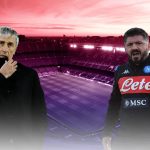 Barcelona vs Napoli: All you need to know about Barça’s Italian opponents 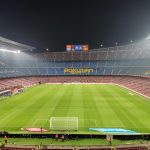 Luis Suárez benched as Barcelona ready up for post-pandemic football 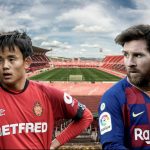