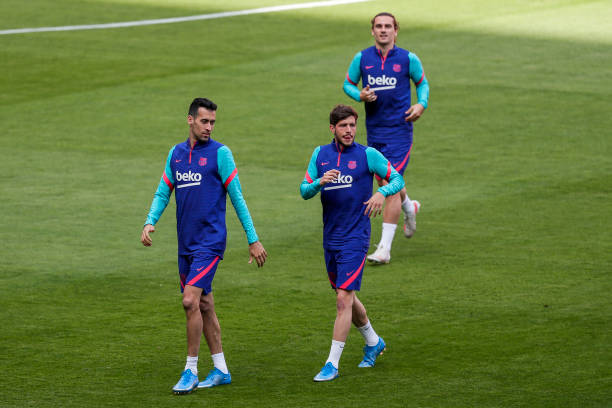 Sergio Busquets has agreed to a wage cut while Sergi Roberto is reluctant to accept similar terms, sources within FC Barcelona has told ESPN.

Barcelona are currently in the process of attempting to lower its wage bill in order to comply with La Liga’s financial fair play regulations. The impact of the pandemic along with years of mismanagement has led to the Barcelona wage bill limit shrinking. President Joan Laporta has explained that Barcelona’s current wage bill makes up around 95% of the club’s revenue. To comply with La Liga regulations, it needs to be around 70%.

Jordi Alba and Gerard Pique have already accepted wage reductions which allowed the club to register summer signings Memphis Depay and Eric Garcia. ESPN now report that Sergio Busquets also has agreed to take a wage cut. SER Catalunya claims to know that the cut is around the 20% mark.

The club has also attempted to reach a similar agreement with Sergi Roberto. Club sources have told ESPN that Roberto has been offered a two year extension with a 40% pay cut.

Roberto’s contract expires next summer, and he currently has bigger offers on the table from other clubs, according to ESPN.