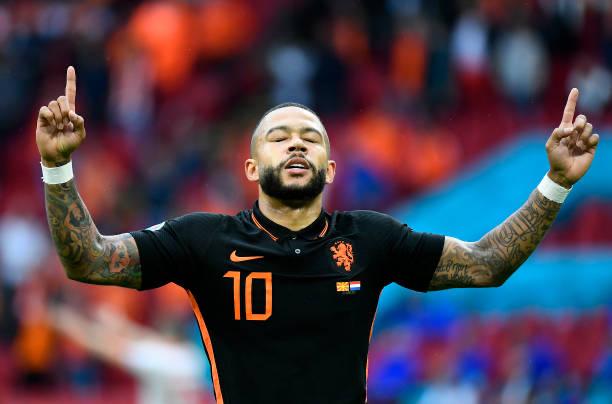 Memphis Depay, who will soon be presented as a new FC Barcelona player, spoke in a talk with influencer Elsa Majimbo on Instagram, where he talked about signing for Barça, the national team, his passion for music and much more.

Here’s what the Dutch forward had to say:

On signing for Barça

“God is being very very good. My career is a journey, it becomes your life, I have been dedicated to it since I was very young. Sometimes it becomes crazy, you compete with everyone, you see the dark part, but in the end it is worth it, you reach a certain level where dreams come true. As is happening now, when I can fulfill a dream by playing for Barça, things like this are worth all the pain”.

On playing for the national team

“I am very proud. When you are a child, you watch football matches, you see certain players play, you see that they play for your country and this is what you want. Sometimes they asked me which club I wanted to play for and I told them I wanted to play for the national team, instead of for a club. It is shocking, for the whole country, for the world. In the World Cup, in the Euros, everyone is watching you. When I have been able to play for the national team, it has been one of the moments that have made me the most proud and have generated the greatest impact in my life.”

“You know, you feel the atmosphere when you play for your country. Everybody comes together, on the other hand, when you do it for a club, everyone is competing. We are from the same country but at the same time each one is from a different team, there are rivalries and many times it is hard, but when the national team plays it is beautiful because every player plays for the same goal. You see how powerful sport is, that it unites people.”

On the relationship with his grandfather

“I grew up without a father, he was there, he taught me and gave me a lot, I respect him, his impact on me was great when I was a child.”

On his devotion and passion for music

“It’s like therapy for me, having my head all day in football is too much, I need music. When I was young, I watched video clips and movies about American rappers, 50cent , Tupac. They inspired me. The first time I was in a studio I was 14 years old and I went with a friend. My main goal was football, but I was also with friends on the street making music. Since the day I stepped foot in the studio, I had a great time, I have tried to keep doing things. When I was older, I took it more seriously, I had friends, good producers and I said to myself: ‘let’s try it’. And the results came out. They said to me, Who is it? And I told them it was me, so fine.”