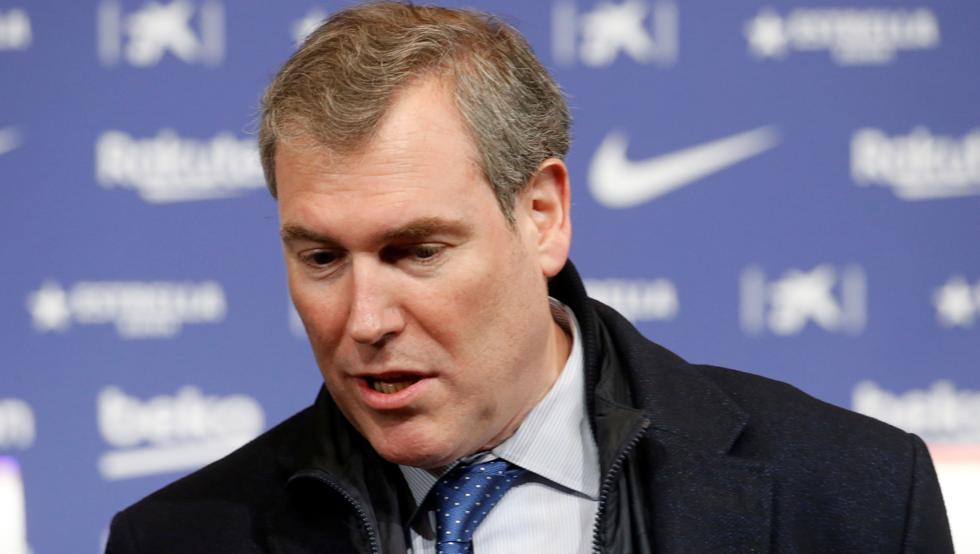 Barcelona’s institutional vice president, Emili Rousaud, has spoken out about club president Josep Bartomeu’s demotion of him, and addressed the talk around the club.

Tuesday evening, the situation in Barcelona worsened, as several news outlets in Catalonia revealed that the president of the Catalan club, Josep Bartomeu had called for the dismissal of several members of the Board of Directors.

Specifically, the names in question, per SPORT, were the club’s institutional vice president Emili Rousaud, who was tipped to take over after Bartomeu, the club’s fourth vice president and treasurer Enrique Tombas, and board members Silvio Elías and Josep Pont.

The call for dismissal from Bartomeu was made in anticipation of his final year in office, with the BarçaGate situation earlier this year having hurt his and the club’s image. Barcelona had a partnership with I3 Ventures, a company that owned several pages across different social media networks.

The pages were since used to push propaganda against several players and club legends, something that Bartomeu said he never approved of, as the partnership was established for analytical purposes. The partnership with the company was subsequently terminated, after a lot of talk in and around the club.

Lionel Messi and the players recently also voiced their frustration with ‘people inside the club’ targeting them, with regards to the salary cut taken by the players to help facilitate the full salaries of the non-sporting salaries at the Catalan club.

The situation destabilized Josep Bartomeu’s position, with several board members calling for his head. The club president has, as a result, designed a remodeling plan in which he wants a change of personnel in the Board of Directors, according to several reports from Spain Tuesday night.

Wednesday afternoon, SER Catalunya released an interview with Emili Rousaud, in which he spoke out about Josep Bartomeu’s phone call in which he demoted him, and about the BarçaGate situation.

“[Josep] Bartomeu called me and told me he wanted to remodel the board and that there was a lack of trust with some directors, including me. There had been leaks in the press, and he felt that I had criticized the work of the board [with regards to the situation],” he told SER Catalunya.

Rousaud responded, telling him that he does talk to the press, but never did anything to intentionally harm the club.

“I talk to the press, but I do not leak anything. Only once did I leak, and warned [the club about doing so]. I do not criticize any players. I have a very calm conscience, and I have a feeling this is linked to the BarçaGate situation,” Rousaud explained to SER Catalunya.

The now former institutional vice president then proceeded to criticize Bartomeu for his way of demoting him.

“It is not very brave of him [Bartomeu] to demote me over the phone. That is not the way to do things,” he said.

Rousaud then went on to talk about the Barca Gate situation in more detail, and explained his side of the scandal with I3 Ventures, revealing new information.

“I am on the Adjudication committee [in the club], and the invoices from this company [I3 Ventures] were shredded as to bypass the club’s internal control procedures. That’s the truth,” Rousaud revealed.

Due to the hierarchy in the club, the president cannot dismiss the institutional vice president – only demote him, as he is an elected official. Rousaud, however, has no intentions of resigning.

“I understand and respect that Bartomeu, as a president, is looking for a director [for the board] with a different profile. But are you telling me that he could not wait three or four weeks? When a situation like this happens, it is not a time to think about things — not [with the world] in complete confinement. After so many years [of working together], he makes a phone call [to tell me I will be demoted]. That is not the way to do it,” he explained.

Rousaud had planned on running for presidency after Bartomeu, but did not do so as he ‘wanted to get a clear outlook’.

“I did not present my candidacy, because I, among other things, wanted to get a clear outlook of the board which did not seem to have adequate credibility. But yes, there was a consensus in the board that, if there was a continuation candidacy, I would be the [club] president. I would be thrilled, as I am a huge supporter of this club,” he explained.

Jaume Masferrer is another name thrown into the mix recently. The now former advisor of the club president was dismissed following the BarçaGate scandal. However, the ex-advisor has been in talks with a board member at the club, enquiring about the internal situation, reveals Rousaud.

“Bartomeu told us that Masferrer has been suspended from work since BarçaGate, but he may still be advising the president, though not on a payroll. I do not know. What I do know, and it surprised me, was that yesterday the same Masferrer called a director [in the board] to ask him about a series of stories,” Rousaud continued.

As things stand, Josep Bartomeu’s time in office runs out in 2021, after which he cannot run for presidency again, for the time being. Early elections can be held if the amount of members against him is sufficient, though a change in personnel could help tilt things in his favor.