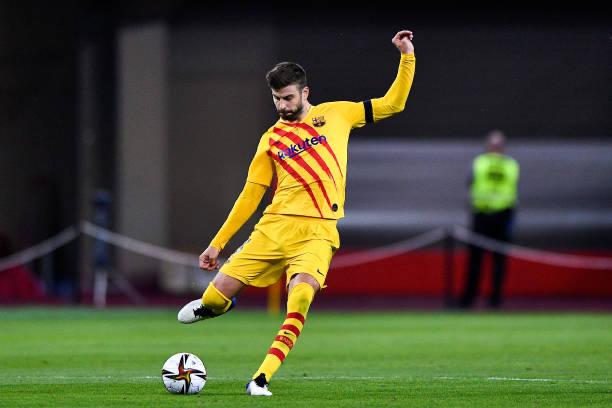 FC Barcelona’s first game of the season ended in a commendable 4-2 victory over Real Sociedad at the Camp Nou last week. The Blaugrana will now fly to the Basque Country to face Athletic Club which perhaps will be their first away fixture of this season. Athletic Club will host FC Barcelona at San Mamés tonight. The game will kick off at 10.00 pm CEST local time.

Koeman has called up a 23-man-squad, consisting of the same set of players who played the last match against Real last week. Ter Stegen & Coutinho did train with the first team but still need to gain peak fitness as concluded by the Dutch manager in his press conference yesterday. Koeman also confirmed the availability of Pedri & Eric García for tonight’s game. They will start.

A 4-3-3 formation for tonight’s fixture is highly likely with Dest, Alba, García & Piqué leading from the back. Piqué had taken a few blows in his last game hence his availability as a starter is a concern. Araújo might fill in for his position over Lenglet in my opinion. Pedri, Busquets & De Jong are definite starters in the midfield with Griezmann, Braithwaite & Depay leading the goal upfront.

Depay has shown some serious potential to create havoc on the left-wing & I highly admire his physical ability to hold the ball and cynical finishing upfront. I seriously count on him for the goals tonight.

Playing at San Mamés has always been a challenge for Barca. But with the recent victories over Athletic Club in the last season, the Blaugrana have pounced back harder & are showing confidence in front of the goal.

As far as things for Athletic Club are concerned, they tend to focus on their tactics physically & defensively more. With the likes of Raúl García & Iker Muniain, they do have the capability to get those early goals. Their first game of the season, however, against Elche last week ended in a 0-0 draw. So, it’s quite obvious that Marcelino’s men will be hoping to clinch the win against Barca tonight at their home stadium, in front of their home fans.

It will be a challenging fixture for both the teams. I am counting upon a 2-1 victory in favour of FC Barcelona. Força Barça!