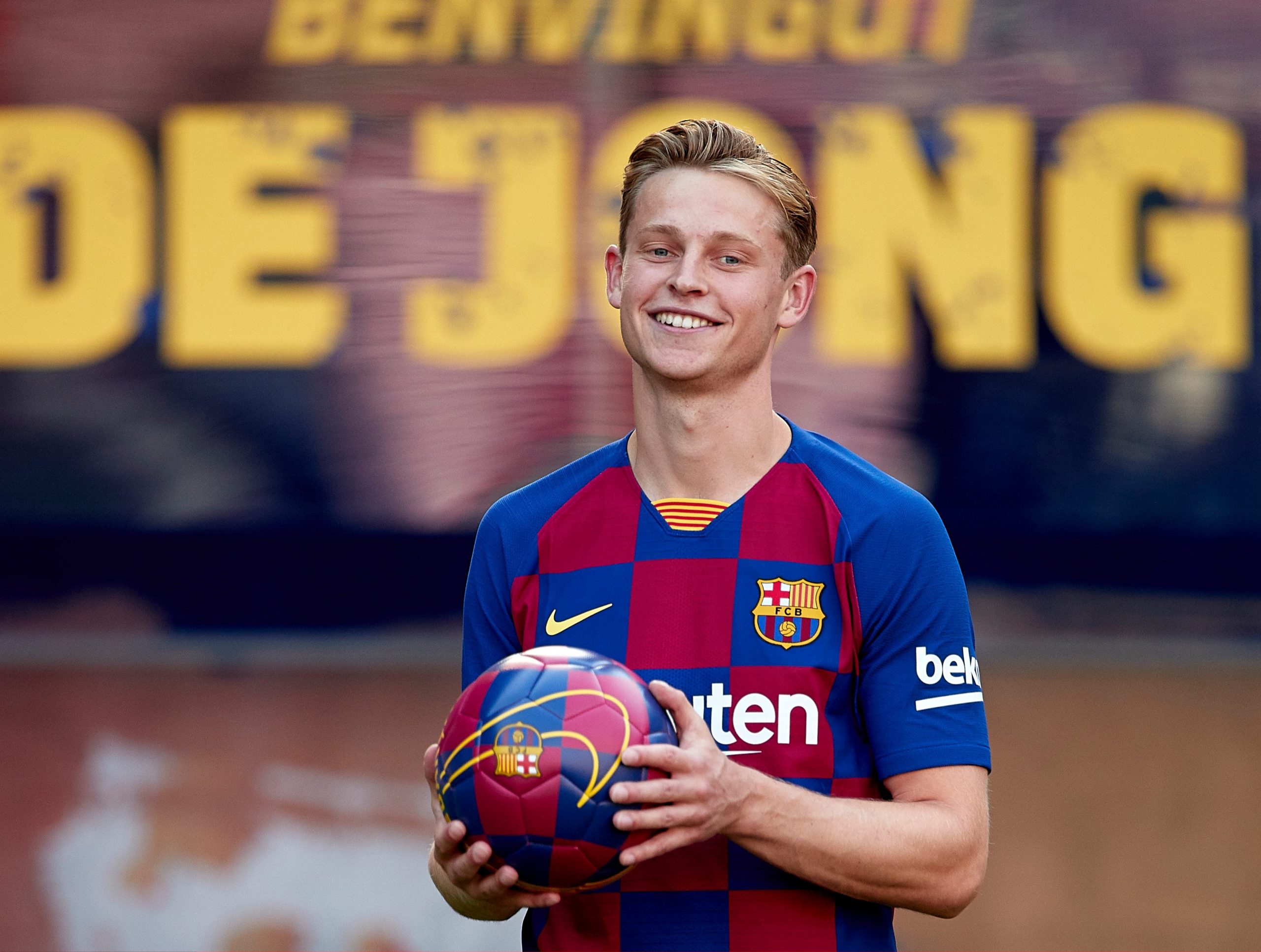 Ahead of FC Barcelona’s clash against Bayern Munich, Frenkie de Jong gave an interview to beIN SPORTS where he talked about the upcoming game and more.

About the bee sting on his hand: “It’s good now, it’s almost back to normal. It didn’t bother me so much, it was just swollen due to the sting.”

If his performance against Napoli was one of his best performances in Barcelona shirt: “It’s up to other people to say it but I think it was okay. We did well as a team, we won against a difficult opponent like Napoli. We had a good lead at the half time, so we were a bit more comfortable in the second half.”

Difference between first and second half: “I think the difference was because of the result, we had a good lead in the first half so we were a bit comfortable in the second one.”

If he had extra pressure on himself due to the absence of players like Busquets, Vidal, and Arthur: “No, I did not take any pressure because we have lots of good players who play in the midfield, because of this it doesn’t matter who is playing beside me. Everyone here is talented.”

Sergio Busquets as a mentor: “Yes, he has helped me a lot since my arrival, not only in football but also other things in general.”

Relationship with other players: “Everyone is asking me this question a lot (laughs), I think my relationship with everyone in the dressing room is good, it’s difficult to name one single player.”

About his first season in Barcelona being difficult: “Yeah, it has been a difficult season for us, there has been a lot of ups and downs, we have a different coach now than at the start of the season, but if win the Champions League then we can say it wasn’t really a bad season.”

Atmosphere inside the dressing room: “We are confident, we have a lot of world class players so we are always confident. There has been a positive energy since we came back from the break, so I think as a team, we’re doing fine.”

About Barcelona being underdogs against Bayern Munich: “People can say whatever they want but I am not thinking about that, we will see how the game goes. Of course, Bayern are a really good team, they are in good shape right now. We will see who is the best team after the match.”

If Barcelona is the favorites to win the Champions League: “No, we are not the favorites, I would say we are one of the favorites. There are several teams who are capable of winning it so it’s difficult to name one particular team.”

About the new format of the Champions League this season: “There is a bit of advantage for the underdog teams as they can surprise the big teams because it’s a single game where things can go either way.”

If he would dye his hair in Blaugrana colors or get a hair cut like Arturo Vidal if Barcelona wins the Champions League: “(Laughs) No, I won’t do it even if I score a hat-trick in the final. I will be very happy but I am not the type of person who makes such promises.”