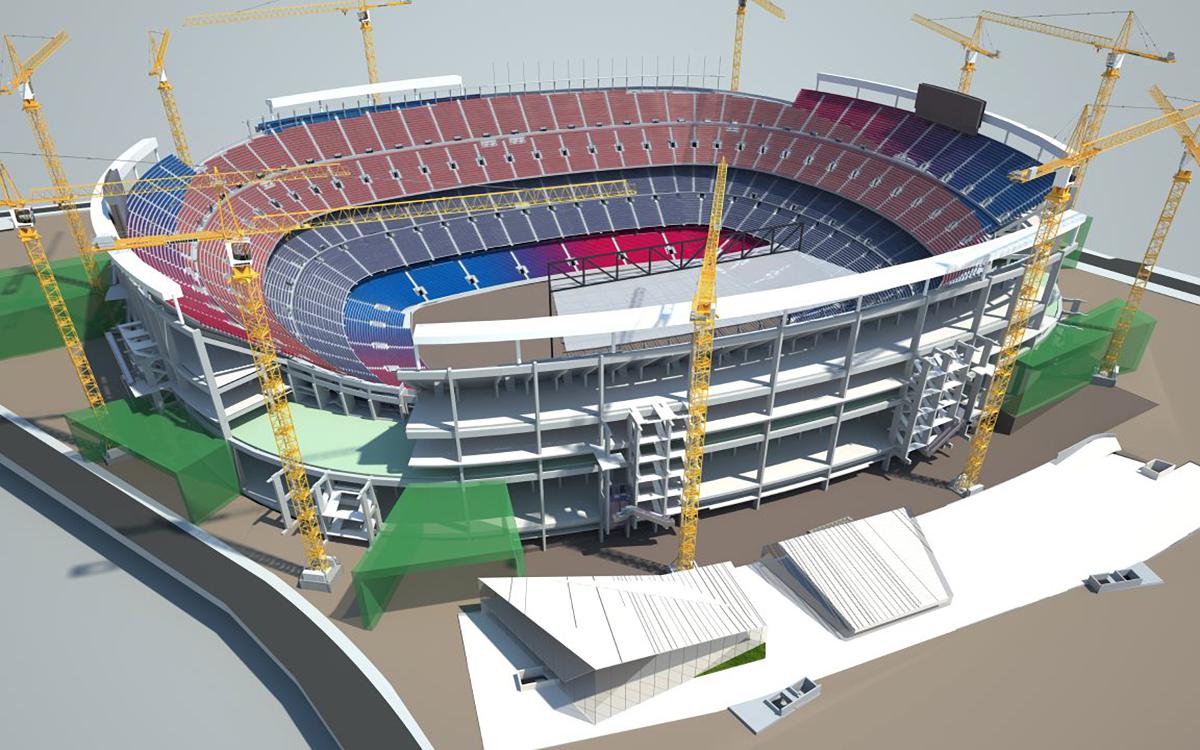 According to the club sources, Goldman Sachs maintains the will to finance the works of Espai Barça (which includes the new Camp Nou) despite of the economic crisis and uncertainty generated by COVID-19.

The construction of the new Camp Nou has become the absolute priority of Espai Barça since it has to become the “economic engine to pay for all the works,” say club sources. A loan deal of 800 million, advanced in its day by El Confidencial, and that the club should return within 20 years with an initial grace period without interest in the first five years.

Therefore, the planned construction of the new Palau Blaugrana has been relegated over time to give priority to the Camp Nou.

Approving by the Partners

The club’s idea is that the 800 million can be returned from the commercial exploitation of the new Camp Nou; basically through “naming rights, luxury boxes, and hospitality” is planned among other sources of income.

The fact that the operation does not involve assuming guarantees or mortgages is seen as an advantage, according to the club. In addition, these sources point out; this credit will not be computed in the ebitda-debt ratio established by the club’s statutes since it is an equity investment that is excluded from the aforementioned ratio.

But it must be approved by the partners in an assembly or in a referendum (if the pandemic allows it) since the jump in Espai Barça’s budget that goes from the initial 600 to 800 million must be validated by the partners. Opposition sources warn of the club’s already unreasonably high debt, and are suspicious of an operation in which they see above all the interest and need for Bartomeu to stabilize the numbers in the last year of his term.