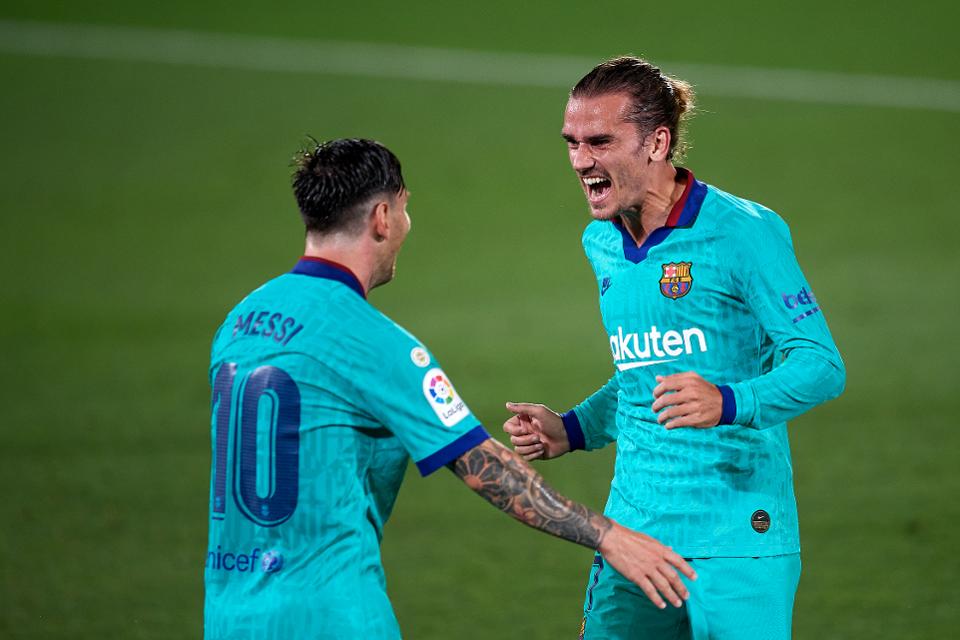 There has been a lot of speculation regarding Antoine Griezmann’s situation at Barcelona since the restart of La Liga. The Frenchman has not been on form since the return and was being criticized heavily for that.

According to sources close to ESPN, in a meeting held between Griezmann’s representatives and FC Barcelona, Barcelona have told Griezmann that his future at the club is safe. Griezmann himself did not attend the meeting but his siter, Maud was present.

Last week, Quique Setién was accused of ‘humiliating’ Griezmann for bringing him at 90th minute during the game against Atletico Madrid. The Barcelona coach even went on saying that he feels bad for the player and he will talk to Griezmann later but will not apologize to him. In response to this, Griezmann’s father and brother went on social media and criticized the coach.

After the difficult night against Atletico Madrid, he finally got his start against Villareal where Barcelona’s number 17 proved his worth again by scoring two goals, one of them turned out to be an own goal later on.

The meeting, which was arranged before the Villarreal game, served to touch base following the uncertainty generated by Griezmann’s reduced role since La Liga resumed in June. A source with knowledge of the meeting said it went “perfectly,” with both the club and the player’s camp expressing a desire for the relationship to continue.

It is said that Barcelona are open to transfers for most of the players from the squad but according to the sources of ESPN, Lionel Messi, Marc ter Stegen and Frenkie De Jong are the players who have been declared untransferable by the club. There is also a second set of players which includes Gerard Piqué, Sergio Busquets, Luis Suárez and Antoine Griezmann with whom the club is not looking to do business on.

Griezmann’s future as of now is safe, even if change is around the corner with elections in 2021 and speculations surrounding Setién’s future.