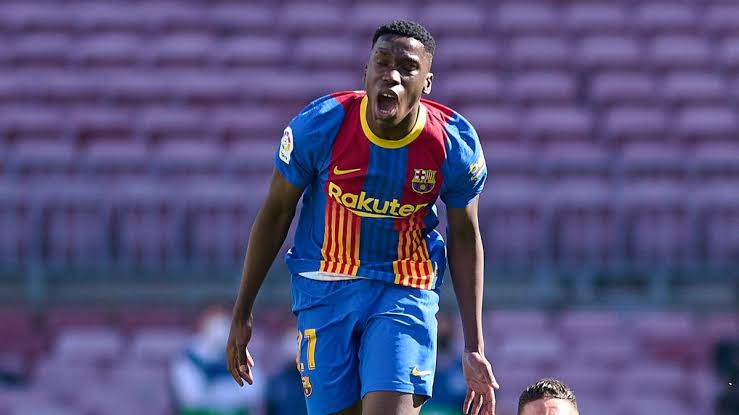 Ilaix Moriba’s contract situation has garnered a lot of attention recently in Catalan media, as his agency’s insistence on a pay rise has alienated the board and furthered an agreement between the concerned parties.

According to Mundo Deportivo, Ilaix Moriba’s agents insist on an increase in salary for the 18-year-old La Masia graduate, a request Mateu Alemany does not view favourably. The club is not prepared to raise Ilaix’s wages, especially considering the minutes he received compared to Pedri and Araújo, who do not ask for large salaries.

At the moment, the club’s position remains unchanged: unless Ilaix agrees to his wages remaining as they are with any increases being in the form of performance-based variables, he will not play for the first team or even Barça B. He would likely sit in the stands for the season, not even play for Juvenil A as previously reported, unless the club receives an interesting transfer offer for him.

From the player’s surroundings, it is said that he is sad because he is aware that time is running out, and he would like to be a part of the preseason with the rest of the team, a fact the club acknowledges. A meeting is scheduled later this week to resolve this issue, but for now, Ilaix Moriba’s future is hanging in the balance.