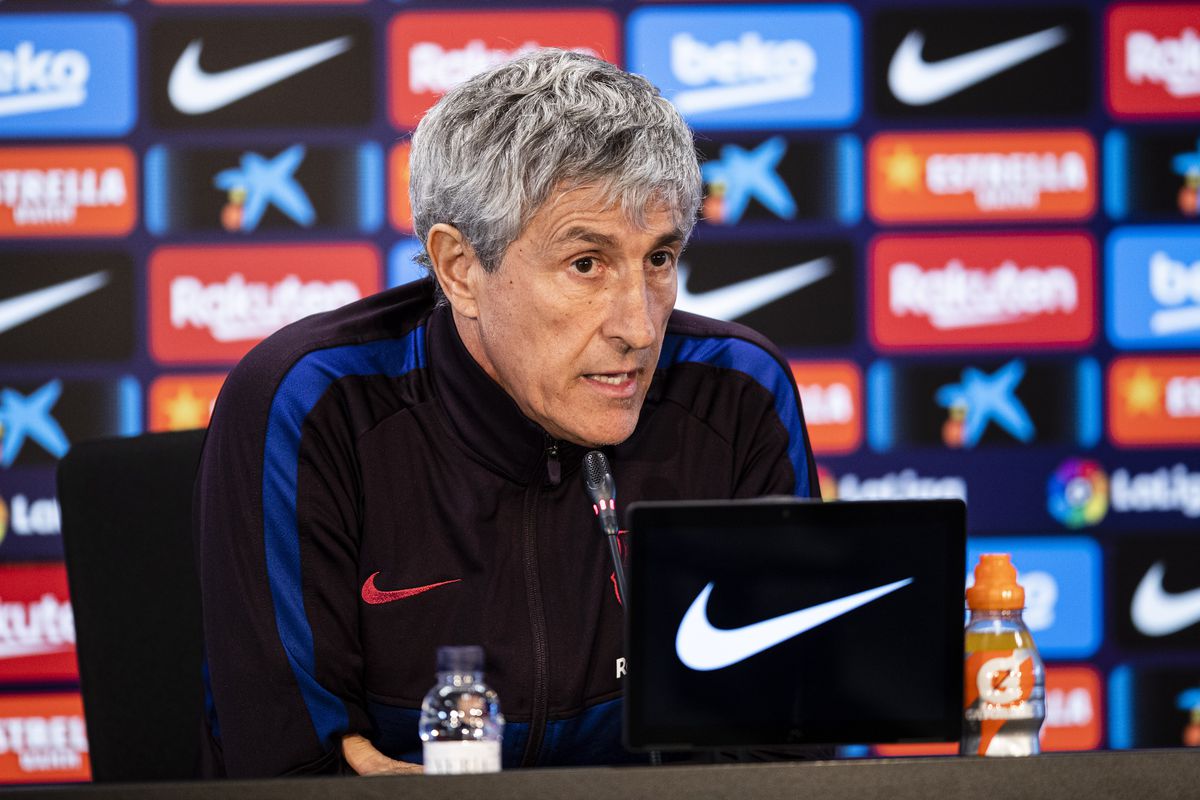 On Leganés causing problems for Barcelona:

“It is possible, it is one of their last opportunities to stay out of relegation zone, but we also want to maintain our lead over our rivals and other competitors”

About rotations in the starting line-up or during the game:

“There will be changes and there will be changes as the game goes on, it will also depend on how the players react, I do not want them to be exhausted. We will have to see how they recover, especially, thinking about avoiding injuries and arriving fresh at the matches”

About Griezmann and his status in team:

“Griezmann is indisputable, he is a great footballer, we continue to count on him, he will continue to play a leading role because he is important for the team and the club, but there are also other players that we have to use”

On Messi and his goal scoring:

“The number is astronomical, that is why he is the best player in the world, he helps us in every game”

“I do not know to what extent it will affect us that it is empty, we would rather play with the public. Football loses part of its essence playing on empty fields, but it is something we have to adapt at the moment”

Whether the coach is considering tomorrow’s line-up while thinking about the game at Pizjuán on Friday:

“It is better to have all the players, but there are circumstances that you have to adapt to”

On Vidal’s performance Vs Mallorca:

“He is a player who transmits a lot within the team, he helps us and the other day he showed his abilities. The time he was on the field, I am very satisfied with his performance”

About what will be the key factor of the league:

“I don’t know which factor is going to be the most decisive, what we both (Barcelona and Madrid) have to do is win, but surely there will be circumstances that will affect us. It will be a fight in which we both think that we cannot fail, and it will go on till the last game “

On Braithwaite as a starter:

“Except for some, I would not consider starters and substitutes. The fact that they played one match does not mean that they will be starters in the next one. Any footballer can be on the field from the beginning or as a substitute”

“Sure, there are many things that you cannot control, three centimetres determine a goal in favour or not, there are details that nobody can control”

“Marc (Ter Stegen) has been very good; he is a goalkeeper who likes to take risks but everyone can make a mistake. It’s not easy for a goalkeeper to return after so long”

On Barcelona being undefeated for 26 games in League at home and whether empty Camp Nou factor will affect that:

“I hope not. Sometimes we ask for the support of the fans, but the team should be prepared for all upcoming games. I hope it doesn’t hurt us if our public is not there.”

On Suarez starting against Leganés:

“I have not decided yet. I have to talk to him; we have to be cautious. He could start at the beginning or like last game, come on as a substitute. I would not like to lose a player for having rested little.”

The Leganés of Javier Aguirre:

“We are not going to underestimate the rival, they will be prepared, and I will also tell my players that we have to be prepared to receive the best rival “

Whether he created a hierarchy by starting Arthur as a substitute:

“No, I have already said that the players who have been here for many years have a hierarchy within the team, players who have earned their place by their hardwork. My main focus is to keep everyone fresh when it’s time to enter the field”

On Braithwaite facing his former team:

“It doesn’t condition me because while picking the starting line-up, my main focus is on the team. Team will always be my first priority”

“It is a situation that we work a lot in training. Once we have the rival in our field, we seek to surprise them with second-line players, such as De Jong’s goal against Betis”

On Barcelona’s game in an empty Camp Nou against UD Las Palmas during 2017-18 season:

“We have not talked about it, but we will try to prepare this game well”