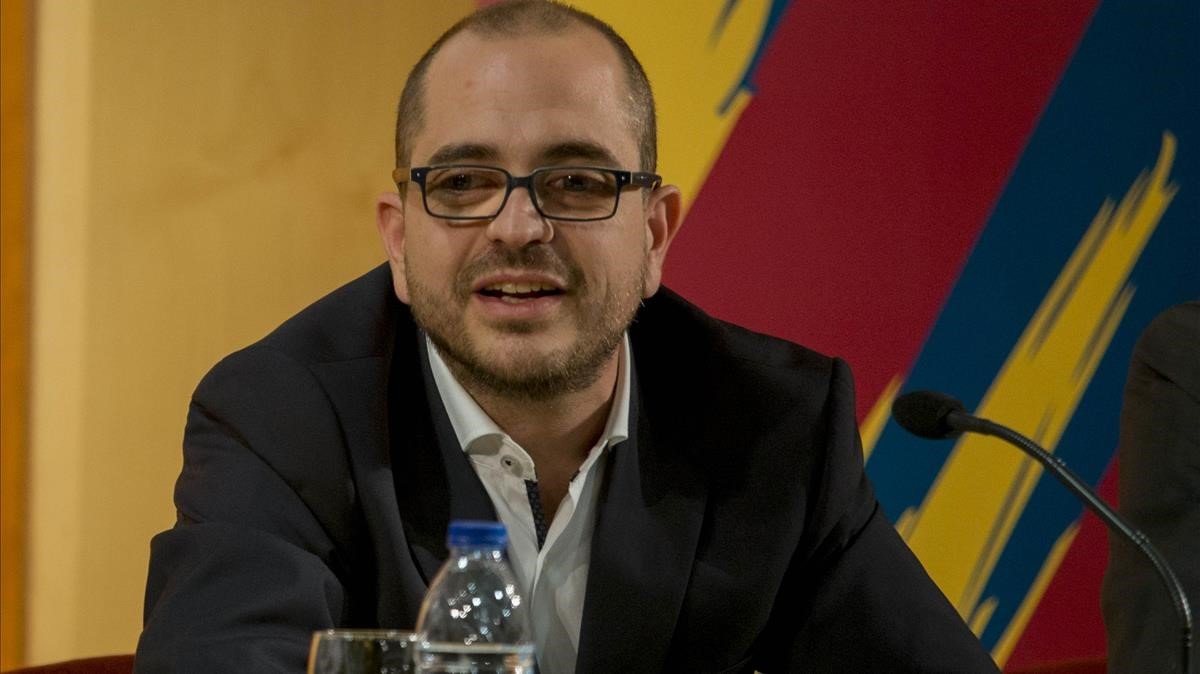 During an interview, the pre-candidate for the Barça elections, Jordi Farré, says he is convinced that he can reach the club’s presidency.

Barcelona’s presidential elections will take place in 2021, in exactly one year, and the pre-candidates are already preparing to present their projects and obtain the necessary signatures to become candidates. One of them, Jordi Farré gave an interview to SPORT where he talks about his impressions regarding the candidacy and his campaign.

Jordi Farré, Catalan businessman, in 2015 presented his candidacy ‘Som Gent Normal’ [We are Normal People], and managed to collect 2,033 signatures but he lacked 500 signatures to be a candidate.

About presenting as a pre-candidate for the second time

“We know that we will win and I will preside over Barça, we see that very clearly. We are prepared and we have the strength and the desire to make the change that Barça needs,” said Farré.

“We are the only ones in the whole environment that have not been related to power. And we think we can manage the most important entity in Catalonia,” he added.

“We must give more strength to the entity. With a new way of doing things, but what is good should not be changed. ”

On the modifications that need to be made at Barça, Jordi Farré commented they should happen ‘at all levels, but, for example, at an economic level, the entire financial issue must be reformulated.’

On the other hand, when asked what has been well done during the current mandate, Farré replied that “we think that the income section has been done very well, but billing 1,000 million and not earning anything does not make any sense.”

And he added that “little else, the transparency issue, a zero. We are clear that the entire purchasing system must be changed. All the companies that want to participate will be able to do it and the best economic and technical offer will win, as in the public administration. I also say that everything Barça produces must be produced in Catalonia.”

“You have to wait to clear [yourself of] responsibilities. It is a subject that we do not like at all, [a subject] that should not have come this far and, if someone has had their hand in the till, logically it is necessary to cut off his hand.”

During the interview, Jordi Farré spoke about Barcelona’s association with the sports brand Nike and assured that sales come from the club, not from the brand.

“Jordan already did. He told Nike that the most important thing was not the brand, but him, and he created his brand. It did not break [the partnership], but it asserted its value. No one buys the shirt because of the Nike logo, but rather because of the Barça crest. If Jordan did it, why can’t we do it,” he asked.

“And Cruyff did too. In his way. He told Adidas that he either they paid or they didn’t wear his logo. It seems logical to me that everyone should realize their potential. That is why I say producing in Catalonia, which should also be the main sponsor of the club,” he added.

When asked about the global repercussions of the aforementioned, Farré replied, “We must look beyond our borders, be more international, but let’s not forget that Barça is an entity in Catalonia and must create wealth in Catalonia. ”

Jordi Farré openly independentist, on whether that affects his campaign

“I am here to be president of Barça, not the president of the Generalitat. Barça is a transversal institution and my political ideas do not have to influence the management model. Of course, Barça must remain faithful to its Catalan roots.”

“I have seen matches, I have spoken with people, I have been to more than 80 supporters’ clubs events and I have had 120 trips between the first team and its sections, I have known the institution from a point of view that I did not know before. And I have tried to stay out of everything and not interfere. The members said that I was not the ideal person to manage the club and I did not want to make noise,” he clarifies.

His ideal model for the Barça first team