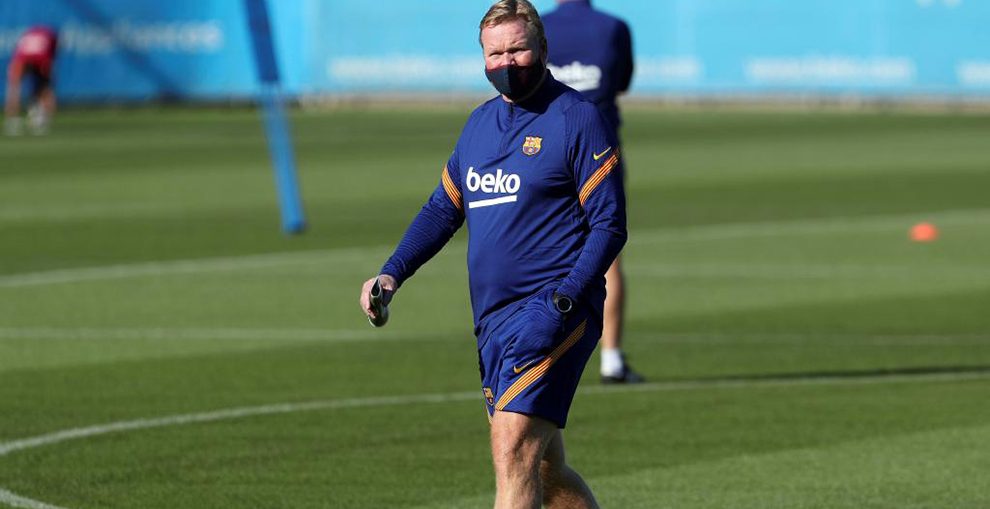 Ronald Koeman sat down with the media for his press conference before the away Copa del Rey game against Granada. He talked about the game, Griezmann’s form and much more.

“It will be a different game from the League games because the Copa del rey is a different competition. Both the teams have played many games but physically we will have to be well to play our game. We expect a difficult match tomorrow.”

“As I said the other day, Todibo did not fit into my plans and we tried to find another team for him because he didn’t have minutes at Benfica. There are few big teams that have spent money but we have problems financially because of the pandemic.”

“First I think it is absurd to drag this issue for three or four days. The team and Leo have responded in the way that I like, which is to try to leave the things that appear in the press aside and focus on the match and the game, and I’m very happy with how we’re working.”

On if he is the club’s spokesman –

“I knew it was a difficult time at Barça for many things, I have already said several times that I don’t mind being a spokesperson, but I am the coach and it is a very important role in a club, but we need a president. A club like Barcelona cannot be without a president.”

On the priority of the Cup –

“The Cup is not more important than the League. Any game is just as important because we are Barça. Atlético is not failing in the league and it is not normal so we have to try to put pressure on them to hope that they choke. We have lost points away that shouldn’t had been lost.”

“Samuel has improve physically a lot. We have to recover well and pick up the rhythm of matches. I see him well. He has trained without problems and is available to play. We will have to make the decision and he is good to have competition in these positions of the team where there are several players who can play.”

“I see him in both midfield and full-back positions. At the beginning of the season he played a lot as a winger where he was very good and we know he can play in midfield. We need Sergi Roberto in the team.”

“I think it depends on the physical condition of the players. I don’t give more importance to a match next weekend, but to tomorrow. We want to keep winning and go through to be in the semi-final. The most important thing is winning. If there’s a player who isn’t physically well, he won’t play, the competition doesn’t matter.”

“He’s good all season, and working hard. The first thing a player has to do is work and help the team as much as possible, and Antoine, who is a forward, has his effectiveness. Their were moments where he could have scored in the past but has not scored, they are things of a forward, sometimes it is difficult and other times the ball enters the net without any problem. Lately he has been very good, he is helping and scoring and it is important because we want to get the most out of any player.”

“It is a very important issue for me because when the ball is lost the best quality of a team is to react and recover quickly because when you steal the ball, the opponent is poorly organized and you don’t have to run 60 meters from behind to create an attacking threat. This is a type of game that I like to have, there are games that we have done very well, others that we have lost the ability to recover in transition. A team like Barça that dominates the ball, it is important to recover the ball early too.”

On being the team’s spokesman –

“It is not an extra pressure. I knew the job I was coming for. What has happened in the club and the covid situation, I knew about it. We hope to have a new president soon and but we have to wait until March 7. There are times when you have to accept these moments at the club. It’s a difficult job but I like the job, the team, the people, the club, and I’m not worried about my job, we’ll see what the future holds for us and me.”