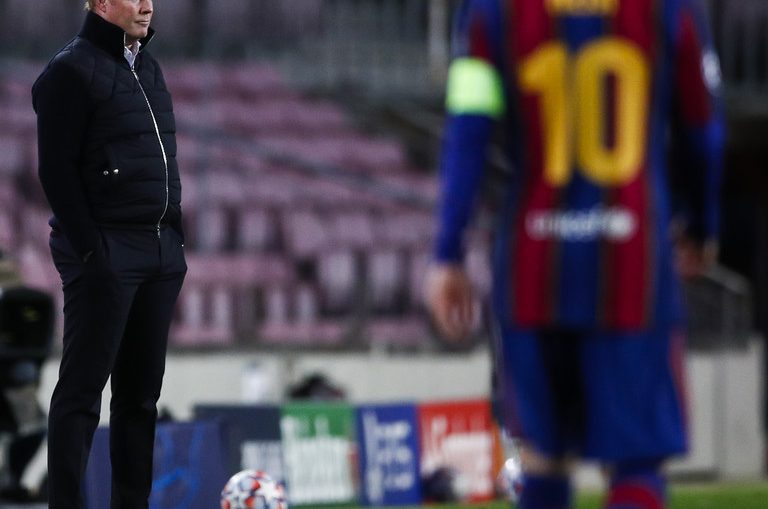 Barça beat Athletic Bilbao 2-1 on Sunday evening, However, the hot topic after the game was the Messi contract leak that appeared in El Mundo on the same day.

On the morning of Barcelona’s game against Athletic Club, a huge leak appeared on the front page of Spanish newspaper El Mundo. The leak contained every detail in the Leo Messi’s contract with FC Barcelona. El Mundo claim that the contract Messi signed in 2017, is worth over 555 million euros, stretching over a four year period.

Although FC Barcelona publicly denied responsibility in bringing the leak to the surface, Koeman doesn’t dismiss the possibility of someone from inside the club behind behind the leak:

“If the leak is from within the club, that’s very bad. We have to help the players and the coaches to win games. If someone from inside the club is behind the leak, they cannot have a future at the club”

The headline for the leak in El Mundo was “Messi’s gigantic contract that ruins Barça”. The figure in question, 555 million euros over four years, equates to roughly 138 million euros a season. The the last part of that headline, that claims that his wage ruins the club, is what has sparked a debate around whether Messi deserves to be earning as much as he does. Although Messi is on big wages, he also brings in a big part of the club’s revenue through shirt sales, marketability, and (before the pandemic) ticket sales.

Koeman said that the leak is with “Malicious intent to do damage, and hurt Leo (Messi). We have to stay united and focused. We’ll try to ignore even though it’s complicated.”

Many fans and journalists have suspected that someone from the club itself is behind the leak. Over the years, the Barcelona management under president Bartomeu has been criticised for bad sporting decisions and unethical antics. Blaming Barcelona’s crisis on Messi would be in the best interests of those who actually led the club into the crisis.

Onda Cero’s Alfredo Martínez also highlighted the revenue Messi generates.
“Messi is Barça’s most profitable player. It is the one that generates the most revenue and titles. Who benefits from leaking this? Is it do ruin the player’s name? To justify the institutional crisis? Bad management.

Koeman shares the same view, saying that Messi has earned the right to be earning the wage that he’s earning. He said “I don’t understand why they say he’s ruined Barça. He’s shown his worth as a footballer over many years. We have to look at what he’s done for this club. He has helped to make this club great. We have to stop with this contract nonsense.”