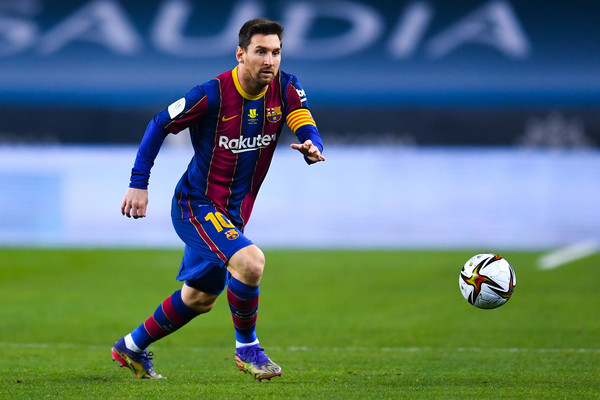 Upon receiving a red card for his collision with Asier Villalibre in the Super Cup final, Lionel Messi was given a 2-match ban. The club is working on an appeal to reduce it to 1 match only.

The Sunday’s nightmare still rests uneasily in the minds of culés. After taking the lead twice and nearly feeling the trophy in their hands, the FC Barcelona players were left disappointed again. The frustration was palpable and visible amongst the Catalans on the pitch.

It all reached a boiling point when Villalibre, a master provoker, purposefully blocked Leo Messi’s line of movement, when he was trying to get in a shooting position, which resulted in the Argentine putting his hands on the Basque and pushing him away to clear his path. Upon reviewing the VAR footage, the referee Gil Manzano did not hesitate to pick the red card from his pocket.

Nonetheless, culés will be able to breathe a sigh of relief after RFEF decided to only suspend Barça’s captain for 2 matches, with one of them being a Copa del Rey fixture against Cornella. The club has additionally been fined €700 due to the altercation and is already working on the appeal to reduce Messi’s ban to 1 match. This was already confirmed by the club.

In case the appeal is successful, Messi will be able to return to the lineup on Sunday against Elche. Either way, we can expect him to feature again next Sunday under any circumstances. Almost ironically, the match will again be played against Athletic Club de Bilbao.