The Blaugranagram team is pleased to inform its audience that its main Twitter account has been reinstated.

The copyright claim was filed by La Liga’s Eduardo García, in response to a tweet containing a GIF of Lionel Messi’s celebration after his most recent winning goal against Atlético de Madrid.

The counter appeal was then filed on behalf of the Blaugranagram entity, by its owner and founder, and the appeal was well received. La Liga did not respond with a court notice before the set deadline, hence the account having been restored.

The Blaugranagram team would like to extend its thanks to Twitter for its transparency throughout the process.

We are pleased with being able to continue to deliver the most reliable news reports and opinionated articles across all platforms, and on the official Blaugranagram website.

We thank you for your continued support, and hope for a great year of 2020 ahead. 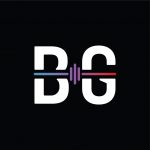 Statement: Changes in our vision