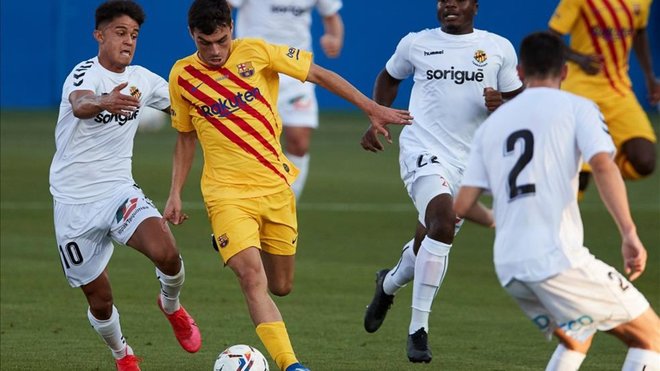 FC Barcelona’s teenage sensation Pedro González López, also known as Pedri, could go back to Las Palmas, according to reports.

Barcelona signed Pedri from Las Palmas in September 2019 but he didn’t join the team until August 2020 as he was loaned till the end of the 2019-20 season to his former club.

According to SPORT, Las Palmas has an option to loan Pedri for a second consecutive year. This wouldn’t necessarily be the case if Pedri becomes a first-team player or plays for a team in La Liga Santander. However, if neither of those things happen, Las Palmas could claim the player back.

Per the same report, Barça will have to pay a fee to Las Palmas, if Pedri becomes a first-team player or plays in a team placed in a higher league than Las Palmas for the upcoming season.

The Spanish youngster has caught an eye of FC Barcelona fans in the preseason and they definitely would like to see him play for the first team in the upcoming season.