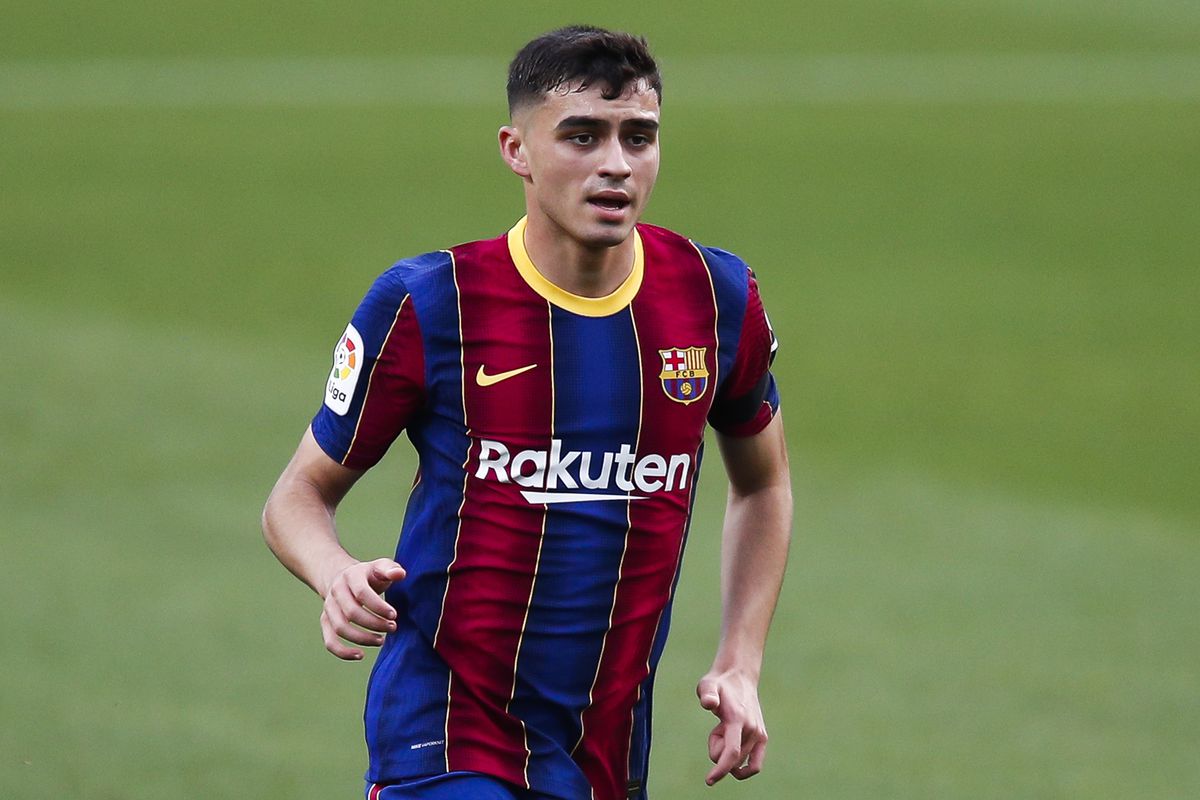 FC Barcelona’s Pedri, who has been stealing the spotlight since the start of the season gave an interview to La Vanguardia where he talked about football, his personal interests, and more.

Ever since the start of the 2020-21 season, Pedri González has been sensational for FC Barcelona, starting in El Clásico as well as most of the Champions League games, he has ultimately earned the trust of Koeman.

About playing with the players older than him at Barcelona and at Sub-21: “All my life, I have played with older people. It happened to me when I went to play with my brother and also at Las Palmas. I think I get along well with others.”

About him and Ansu Fati being the face of new FC Barcelona: “We take it naturally, we know that we must continue working. Now, Ansu’s injury is a blow for him and for the team. But he will recover soon and will surely be at the same level as before. I have told him that I want him to return quickly so that I can continue to enjoy his company on and off the field.”

How he is going to celebrate his 18th birthday: “I will not celebrate it much because of the Covid-19 issue. I hope my family comes and I am sure they have some surprise prepared.”

His passion for football: “It runs in my family. The desire to want to play and learn has been taught to me by those closest to me.”

About the moment when he first heard of Barcelona’s interest in signing him: “My parents knew it but they didn’t tell me anything because I had a match with Las Palmas. When I found out, I honestly didn’t believe it, but after studying it, I told them to give up all the other proposals. I wanted to go there, it was my dream since I was a child.”

Working with Koeman: “From day one he was very straightforward with me. He told me that I had to improve my physique and work hard to show him what I could do.”

Working with Messi: “On my first day with him at the training ground, he came and greeted me with a “welcome to Barcelona.” For me, it was like opening a Christmas present. I said thank you and that I was very excited to be here. Going from watching him on television to having him in front of me and working with him is very impressive. Then you get used to it. But when you see him play, even if you already know him, it never ceases to surprise you.”

About him arriving at the Camp Nou by taxi: “(Laughs) I didn’t have a driver nor did I have a car at the beginning and there was no other way to get there, it was that or by the bicycle! But I think it is very normal to go by taxi. I hope to get my driving license soon.”

The goal with Barcelona this season: “I enjoyed playing in Las Palmas and watching Barça. When I arrived, I just wanted to be able to stay and play for a few minutes. Now, after playing games like El Clásico and the Champions League, I want to continue growing and enjoying playing football. I am very proud. I don’t set goals for myself, I just want to enjoy playing, being able to play many minutes, and be with the best players in the world.”

About his hobbies and what he does in his free time: “Play video games and watch shows.”

A show which he would recommend: “Breaking Bad.”

FIFA or Among Us and whether he chooses himself in FIFA: “FIFA. And Yes, I choose myself in FIFA, I have a 72 rating.”

His favourite thing about Barcelona: “The Camp Nou.”

Song he has heard the most in last week: “Problema , by Mala Rodríguez and Lola Indigo. I also really like Morat.”