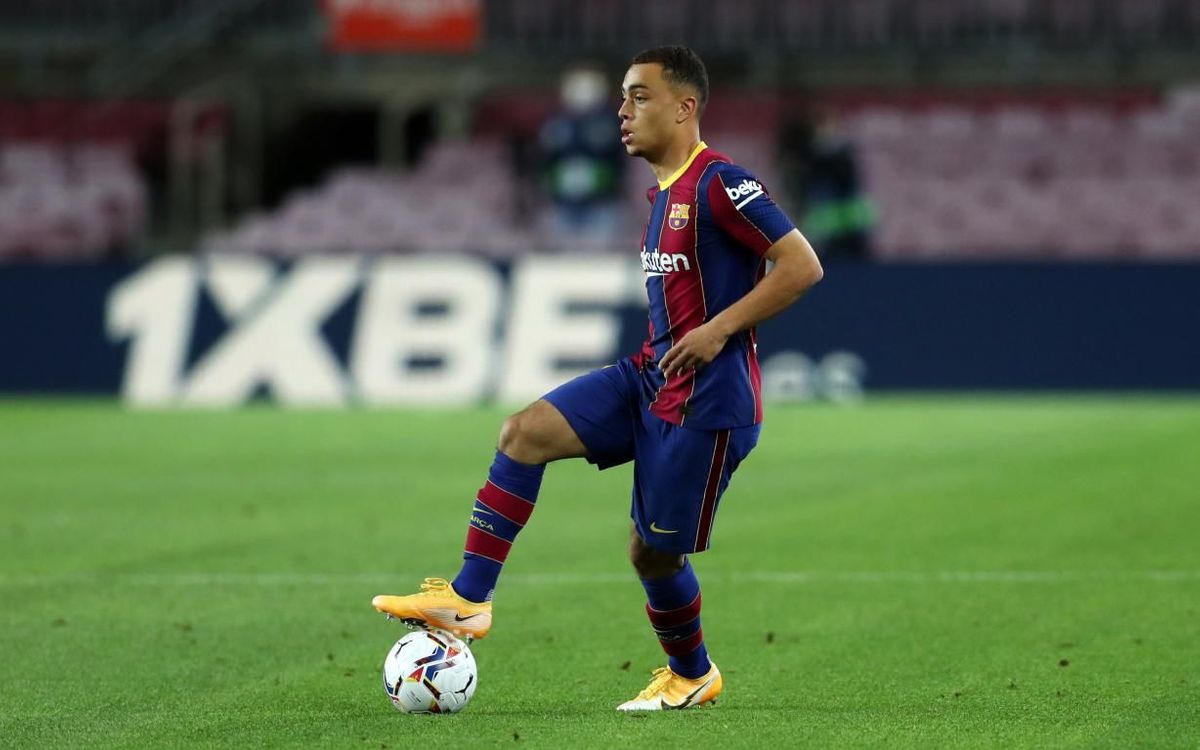 Ronald Koeman, Philippe Coutinho and Sergiño Dest spoke to the press after the 1-1 draw against Sevilla at the Camp Nou.

Barcelona could not produce their third consecutive victory at the start of La Liga due to a good game from the competitive Sevilla team. The Camp Nou team was imprecise and did not play their best game, however, the team is optimistic in improving the game and getting the results because this is just the beginning.

“Defensively the team has been very good. We conceded a quick goal, but the game was to equalize it and in the last 10 minutes I don’t know if there was a penalty on Messi and the goalkeeper took two or three balls that were opportunities.”

“We have been less energetic than in the first two games, but that also depends on the opponent. They have defended us well, they have many physically strong players and to overcome it you have to be very fine and we have not been. “

“There were possibilities in the first half with the rises of Sergi Roberto in the band, but we have not taken advantage of it much. We have tried too hard on the inside and we lacked a bit of depth, but we have had the best chances. “

“Coutinho like any player needs help and confidence from the coach, but in the end, it is the player who has to show and get performance. And it’s OK. He has proven to be a great player and I am very happy that he is with us. “

“The change the other day with Griezmann was tactical. With Ansu Fati there is more depth and speed, which we needed with one less. Today has had its moments, with two clear occasions. They are decisions that we have to make. “

“It is always better to have all the players available to prepare for the next away game against Getafe, but the players will be back on Thursday in two weeks and we will only have two days to prepare.”

“Sergiño Dest is a young player who has played with great confidence, it is not easy to arrive so recently and have so much confidence. We are happy for him. “

What is safe in the world? Some things can happen. Ousmane Dembélé is a Barcelona player, there is still one day left. We’ll see. I have opted for Trincao, Pedri and Pjanic and we didn’t need more depth. “

“I want to work, to do it well and to achieve important things for this club.”

“It was a complicated and difficult game, we already knew it. There were many of their players in the centre of the field and that made it very difficult for us. It’s time to keep working and correcting some things in the dressing room. “
“We are playing matches of three in three days and it is a little difficult but we are at the beginning of the season and we are going to get used to it, this has just begun.”

“The goal celebration was for my wife who is pregnant and my third child is on the way, although I would have liked to celebrate it with a victory.”

“I can play on the right-wing and the left, I don’t care. It depends on what the coach needs. If you need me on the left, I’ll do it on the left. “

“I want to thank the coach for his confidence. I hope I still have minutes. “

“It’s an incredible feeling, it was a very nice debut even though it was without an audience. Camp Nou is one of the most impressive stadiums in the world. ”

“Now we have to go play for our respective countries but when we return we have an important game against Getafe.”