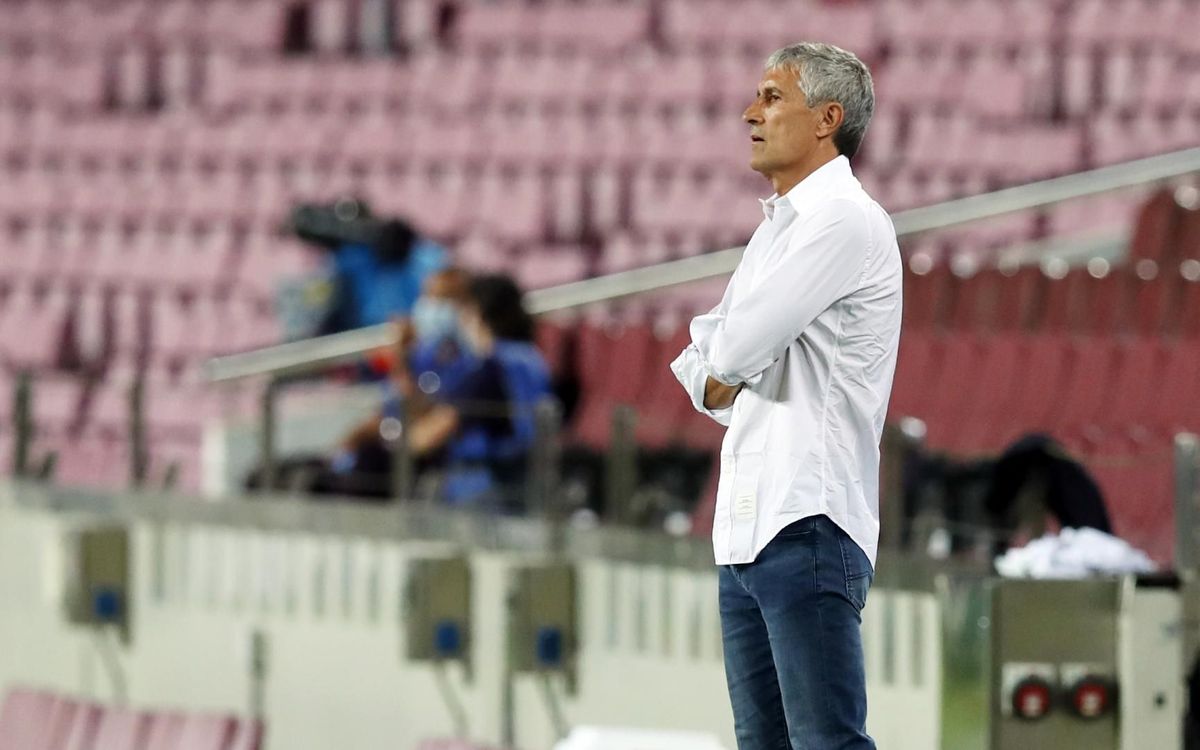 Barça knocked Napoli out at home and qualify for the quarter-finals of the Champions League, and the dream is more alive than ever.

The Camp Nou remains the unbeaten temple of Europe and this time Naples team suffered it in the return leg of the Champions League where Barcelona won 3 goals to 1 and qualified for the next European round in a single-legged fixture.

After a game of maximum effort and with moments of brilliance, Barça, through the wonders of Lionel Messi, the goal of Luis Suárez and the header of Clément Lenglet, guided by the masterclass of Frenkie De Jong in midfield went away with the victory and take a step closer to the European dream.

“I am happy with the game played because I have seen very recognizable football that has been very good and deserved the victory. It was actually what we were looking for, to take the first step and then wait for the rest of the games with the same enthusiasm that we have faced this one.”

“The first minutes have committed us, they are a great team and what we have done was not easy, we had to defend with great intensity and they are one of the best teams in Italy, they showed it today. We have overcome those first minutes and we have controlled it. We had a very good first part and in the second they had a little more prominence.”

“I have once again personally congratulated him for the extraordinary work he is doing with Napoli. He has great credit from how his players have improved week in week out and I am a great admirer of him.”

Next tie against the tough Bayern Munich.

“All the rivals are going to be strong, all the games are going to be very difficult. It is true that they [Bayern Munich] have won the tie against Chelsea with 7 goals in their favour and they are a great team, but so are we. I’m sure we’ll see a good game against Bayern.”

About Lionel Messi and the hard blow, he received during the game.

“I have seen Messi quite well, he has a very strong blow and will have to be treated. We will have to see how it evolves but I don’t think there is a problem.”

On the situation between Arthur Melo and the Catalan club.

“That situation is discussed, I have nothing to say.”

The author of the third goal, Luis Suárez, also commented on the match.

“It was what we wanted. The league ended two weeks ago and we have been preparing this game for all that time against an opponent who made it difficult for us in the first leg and today also at times. The important thing is that we have passed and now we have a few days to think about Bayern.”

“[Napoli] We knew about the rival’s difficulties. They generated many occasions in their league and we knew they were going to create some against us. We were alarmed at first, but luckily it didn’t go in and we scored first.”

“As minutes went by, the team created chances. We got 3-0 and they created a bit of concern at 3-1. In the second half, we knew they were going to pressure us, but it gives us calmness how we handled the match.”

“What we thought is that we had to pass. We were clear that they were going to leave us little space and we are aware that created few chances but we are more than satisfied and happy with the great first part we did.”

Knockout against the Bavarian team.

“In a single game, everyone has possibilities. It would be 50-50. Bayern is a great team, one of the candidates for the title as the eight of us who are qualified. You have to play 90 minutes or 120. The team that does things better will go to the semifinals.”

Sergi Roberto, the starter in midfield yesterday, also spoke about this particular edition of the Champions League.

“As a result of our goal, the game got more clear and we left with a good result after the first half, we achieved the goal of being in Lisbon.”

“I speak for myself, right now I am tired because I have run a lot, but in the end, this is a game of a high level. I think the team is well prepared, now we have time to rest and we will be fresh for the next game.”

“With the first leg result, and after the first half, we knew that the important thing was that they didn’t score against us. They put a lot of players in our area because they had to score two goals, but we have fulfilled the objective, which was to be in Lisbon.”

“It is not that the team has to improve in a specific aspect, we will now have to observe Bayern, what are their good and weak points. I have seen several Bayern games, they create many chances, they will be a tough opponent and we will have to prepare well to have a great game.”