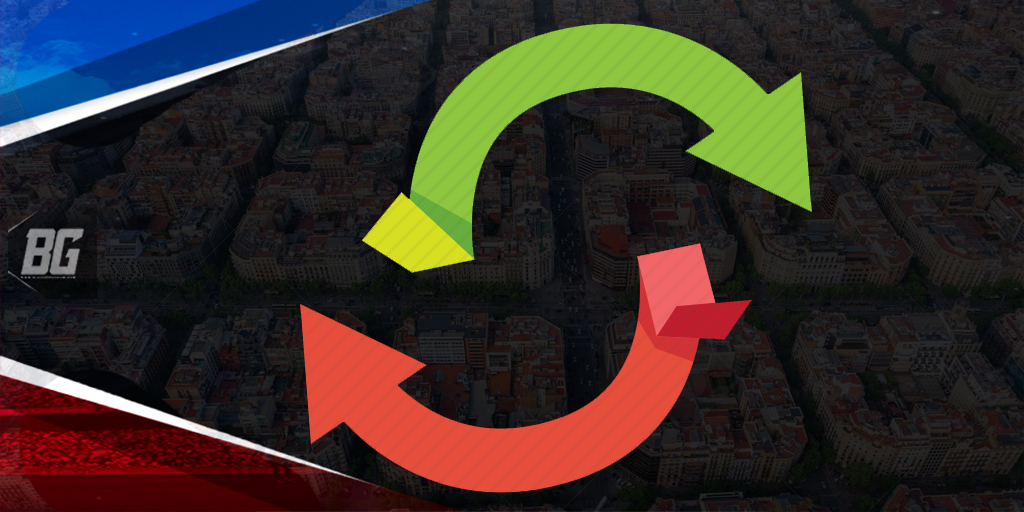 Many reports have been published the past few days linking players both to, and away from Barca. Matthijs de Ligt, Neymar, Neto, Cillessen, Griezmann and Rakitic are just some of the names that have been mentioned recently. In this third installment of the series, ROUND-UP, I filter the reliable from the recycled, and give my take on the rumors and reports emerging.

This will be a lengthy article, so I suggest you grab a cup of coffee to keep you company. Now, without further ado, let’s get right into it!

Yesterday, the Matthijs de Ligt story took another twist: just as it seemed like the player was set on joining Paris Saint-Germain, Juventus came in and appear in pole position for the 19-year old defender.

Various reliable journalists and outlets yesterday said that the player had received an offer, and that he despite his talks with Paris for the last week or so is yet to agree to their terms.

According to de Telegraaf’s Mike Verweij, Juventus ‘expect’ the player to sign for them, have offered him a five-year contract, and a salary between 15 million euros and 20 million euros. Moreover, they are willing to pay over 70 million euros to Ajax in order to secure the player’s services.

Since then, many reports have been heavily linking de Ligt to Juventus, with outlets such as Sky Sports Italia stating that the player has ‘decided to join Juventus’. Catalunya Radio’s late-night talkshow, Club de la Mitjanit, said that the saga very well could be over this coming Tuesday with big news waiting to be told by Oriol Domenèch – a man who had a lot of insider information on the Frenkie de Jong deal back in January – dubbing the day ‘De Ligt Tuesday’.

Meanwhile, Barcelona and Paris Saint-Germain remain in talks with Mino Raiola, although, for the time being, Juventus seems to be de Ligt’s most likely destination.

I, personally, do think he’ll end up with Juventus given this offer. I don’t see Paris matching it, and even if they do, Juventus, as a sporting project, could be more interesting for him than Paris’ also due to the difference in leagues’ quality, objectively. Money seems to be a big factor in this deal, without a doubt.

Neymar will leave Paris if an offer for 350 million euros is put in, according to the reliable Paris United. The outlet, who has proven to be very reliable in the past, has received information saying the Brazilian is unhappy in Paris, and that his two best friends, Lionel Messi and Luis Suárez, have according to this information been pressuring him to return to Barcelona.

It would be a step down, league-wise, and there’s a reason why Neymar could be wanting to leave: a lack of challenge, and I imagine Coutinho would feel the same after a year or two there. If Coutinho does leave, I see him in the Premier League, not in Ligue 1. That being said, I hope he stays, if Valverde can find a suitable role for him in the team.

As for Antoine Griezmann, as I’ve said multiple times in the past, I’m certain that the deal is done, and that Barcelona are waiting until July 1st for his release clause to drop to 120 million euros. SPORT have claimed that the deal could take a week or two to be completed, with the plan being that Griezmann joins his new teammates for the first pre-season game on July 14. The deal has been known for months, and it’s been known since March that the Frenchman ultimately would end up by Barcelona, as was confirmed by Atléti’s CEO, Miguel Ángel Gil, not too long ago.

Neto will join on Tuesday, Denis and Rafinha halted

According to SPORT, Valencia’s goalkeeper, Neto, will be Barcelona’s first new signing for this summer transfer window. Barcelona will pay 25 million for the player, who will sign prior to June 30, and Valencia will, in turn, sign Jasper Cillessen after Neto has been sold. This is done so the transfers, financially, would be counted for two different seasons: Barcelona buying Neto in the 2018/19 season, and selling Cillessen in the 2019/20 season.

Neto has been unhappy with Valencia’s manager, Marcelino’s, management of the team’s goalkeeper role, and was disappointed to miss out on the Copa del Rey final; both are factors as to why he wants a change of scenery, which he can get with Barcelona.

Valencia, in turn, will get a goalkeeper with Champions League experience, which is why they aren’t reluctant in doing the ‘swap’ deal.

Neto’s move to Barcelona is expected to go through early next week, with SPORT saying it could be on Tuesday. Due to the Neto – Cillessen ‘swaps’, deals sending Denis Suárez and Rafinha to Valencia could take a bit longer to complete, although Valencia appears to still be their destination for next season.

As for Denis, Celta de Vigo have put in a ‘strong offer’ for the Galician midfielder, whom they consider would give them an important quality boost, according to RAC1’s Gerard Romero. Valencia’s manager, Marcelino, in the meantime, has asked his club to still look to secure the player’s signing.

And in the case of Rafinha’s, the Brazilian has been put on stand-by by Valencia, who don’t want to reach Barca’s asking price of 15 million for the midfielder, says Mundo Deportivo’s reliable Ferran Martinez. Valencia have said they’d study other options, and are yet to present a formal offer to the player. Rafinha has the interest of Frankfurt and his former loan club Celta, although he prefers Valencia, since it’s in one of the world’s top leagues and also is a club that will feature in European football. The deal sending him to Valencia isn’t ruled out; it’s just more complicated than it was before. He could still end up there, but for now it looks a bit complicated.

Newly-appointed Inter Milan manager, Antonio Conte, wants Ivan Rakitic for a rebuild for the club’s midfield. Conte’s aim is to challenge the 7-times-in-a-row Italian league champions, Juventus, for the Scudetto, as the Serie A title locally is called, and according to Tutto Mercato Web, via Mundo Deportivo, he views Rakitic as an alternative to the Cagliari starlet, Nicolo Barella, whom Inter also are interested in.

Despite Conte wanting Rakitic to join, he knows it won’t be easy, as the player, both actively and passively, has reiterated his wish to stay with Barcelona. The Catalan club however are aware that Rakitic is one of the players who the club could cash in heavily on, which is why the club won’t just agree to the first offer unless it meets the demands.

The deal sending André Gomes to Everton is a done deal, but a few details are still missing, according to Mundo Deportivo. The transfer is almost complete, and the club assumes that it will be completed prior to July 1st, which is when the new financial season also starts. The Portuguese out-of-favor Barcelona midfielder will move to Everton for 25 million euros, having bought the player for 35 million euros and another 4,5 in variables from Valencia in 2016.

The teams have reached an agreement, and all that’s missing is a bureaucratic procedure so that the transfer can be completed.

Diego Palacios – a new left-back for the B-team

Barcelona are in very advanced negotiations regarding Ecuadorian left-back, Diego Palacios, and the 19-year old left-back is very close to becoming a new Barca B player. The plan is to incorporate him with the B-team initially, and then moving him to the first team – a similar situation to that of Moussa Wagué’s.

The Club hopes to announce the signing of the Ecuadorian this week.

The Rabiot compensation will not be paid

FC Barcelona will not be compensating Adrien Rabiot, which Sky Sports Italia, on Thursday, claimed the club could do. The outlet said that Barcelona should compensate Rabiot for breaching the agreement that was allegedly reached between the player and club, months ago. The plan was for him to join in June 30th, when his contract with the French club ran out, but Barcelona have since then pulled out of the negotiations deeming the player and his agent’s demands ‘excessive’.

Barcelona denies there being a reason for them to compensate the Frenchman, as the club claims that no contract was signed and that no agreement was reached between the club and the player’s representative, and mother, Veronique Rabiot. The player was negotiating with Barcelona and other clubs simulatenously, and despite this, his future is still in the air. He seems to be headed to Juventus, but his future remains somewhat unclear. One thing’s certain though: his destination will not be Barcelona, for the time being.

According to Mundo Deportivo’s ever-reliable Fernando Polo, Barcelona have lowered their requirements for Sergi Palencia, in an attempt to attract more suiters. The club has offers at the moment, but none of the offers reach the €10M price tag that the club has put on the defender. Barca have therefore told the player’s agent, Arturo Canales, that it will look to accept the player leaving for a lower price than the €10M initially required; in fact, the club could go as low as 8 million euros, or even 6 million euros, depending on the conditions offered.

This goes without saying, but we’ll definitely be in for quite the rollercoaster ride with this forthcoming transfer window. Keep your seat belts on, and stay level-headed, as many outlets will look to sell dreams for likes and retweets, with some even making up news to make the boring days exciting.