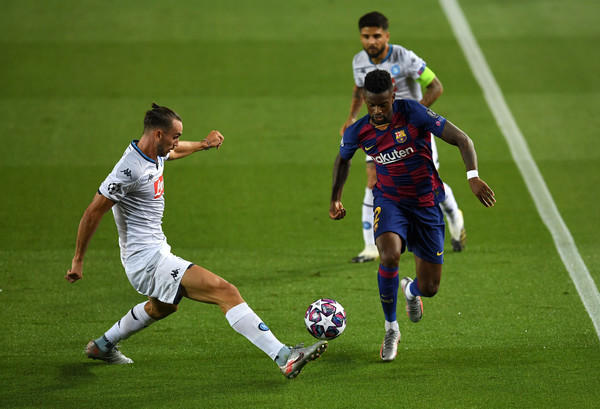 FC Barcelona full-back Nélson Semedo sat down with UEFA for an exclusive interview where he talked about the upcoming quarter-final match up against Bayern Munich and his return to Lisbon.

Feelings about the Barça-Bayern tie?

“We know Bayern’s style of play, we will be attentive to their movements”

“More than anything we will focus on ourselves and putting in the best performance possible and try to score. If we play well we will have a chance to reach the semi finals.”

How are you feeling on a personal level?

“We have positive pressure to win everything. This season we were not able to win the league but we have the chance to win the Champions League and it’s a great motivation.”

“I would be very happy to win the trophy in the Estáadio do Sport, that would be the cherry on the cake.”

“Since I always behind him, I know he is capable of doing the impossible, as he did against Napoli at Camp Nou.”

“Generally when he takes free kicks, I stay behind him, so it gives me a perfect view. He’s an incredible player.”

About his return to Lisbon :

“Lisbon is a great place in many ways: the people, the colours, the language, the architecture. It’s one of the nicest places in the world, not just in Europe. The climate is great as well. It’s a spectacular city.”

“I started playing football on the streets of Lisbon with my neighbours and people older than me. Little by little I got better and better and I grew as a player. It will be a special match as Lisbon is the place where everything started and the doors opened for me in footballing terms.”

“The Estádio do Sport is a really nice stadium and has room for 65,000 fans. There is the red of Benfica and the famous eagle that lives at the stadium. The ground has its own energy and history and it’s a great place to play football.”