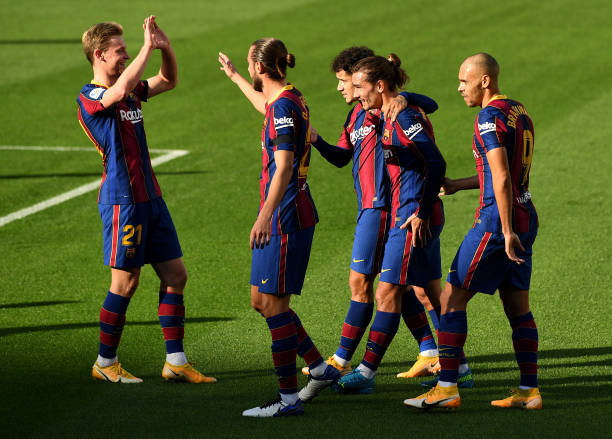 Last week, the club announced that they had terminated Matheus Fernandes’ contract, even though the club had offers for the player. SER Catalunya say that Fernandes and his agents believe this has been done illegally and have decided to sue to the club. Should Fernandes win the court case, Barcelona will have to pay out the salary of his full contract, which ran until 2025.

World champion Samuel Umtiti is still interesting in trying to play his way into the team again. Barcelona could be looking to repeat the Matheus Fernandes procedure and terminate the Frenchman’s contract. In that case, the player says he has medical reports that say he’s able to compete at the highest level.

Miralem Pjanic knows that he needs to find himself a new employer. Barcelona also want him to leave the club as as soon as possible. Premier League clubs Tottenham and Manchester United have been rumoured destinations for the Bosnian.

Martin Braithwaite’s departure will not be an issue according to SER Catalunya. They say that the club has multiple offers on the table for the Danish forward. Him being a part of the Danish team that’s currently in the semi-final of the Euros has also helped gathering interest.

The club is also looking to get rid of Phillipe Coutinho. His injury record and high salary is making it difficult, but the club is determined to find an exit door.

SER Catalunya also report that the club will look to reduce Busquets’ and Sergi Roberto’s salaries. The same applies to Jordi and Gerard Pique.