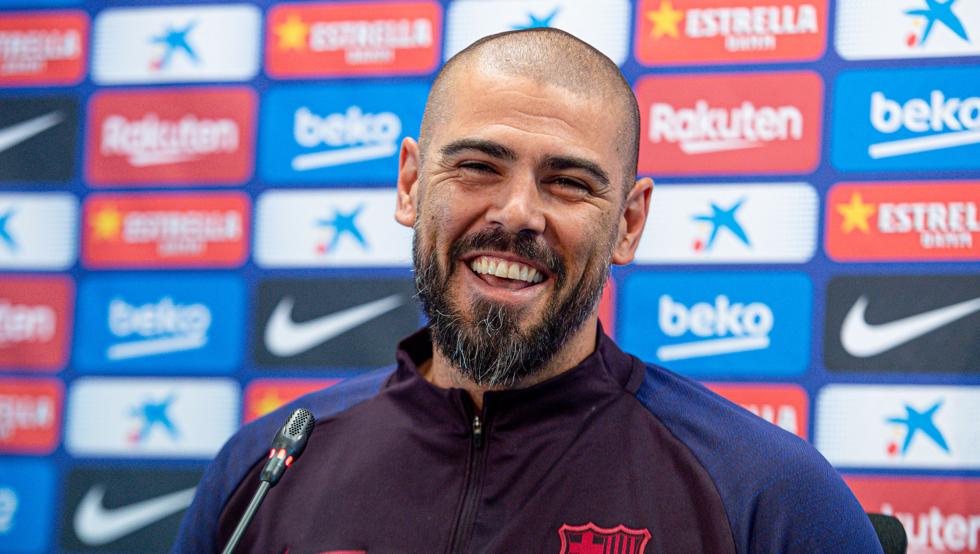 Former Barcelona goalkeeper and former Juvenil A coach is the new manager of the Unión Atlética de Horta.

Víctor Valdés began his career as a coach in charge of ED Moratalaz, a team based in Madrid. After the good feelings in the Madrid team and being crown both champion of the league and Copa de Campeones, against Real Madrid with the youth team of Moratalaz, Barcelona contacted Víctor Valdés and ended up bringing him back but this time as a coach for the Juvenil A.

Valdés’ time as a coach in Barcelona lasted only 80 days, and it did not end in the best way moreover he was dismissed in October 2019, as happened to his assistant, Quim Ramón who spent 9 years at the club.

The departure of the former Barça goalkeeper was beyond sporting reasons. Víctor Valdés has always been a person with a strong character, added to the difficulties and differences with the director of academy football, Patrick Kluivert, ended up costing him the position.

The Catalan committed to being faithful, prioritizing the development of the footballers, before what the directors demanded him to do, in the end, due to differences between them, Valdés was dismissed and Franc Artiga took his place in charge of the Juvenil A for the rest of the season in which they ended up being champion of a bind in advance.

After the Víctor Valdés novel during his time at Barça, he stopped training for the rest of the ongoing season and, as Mundo Deportivo anticipated, Valdés already has a new team and will return to the sidelines the upcoming season with the Unión Atlético de Horta.

The 38-year-old Catalan reached an agreement with the club, as has been announced on social media. Víctor Valdés is the new coach of the Unión Atlética de Horta, a third-division club based in Barcelona.

It is expected great things from the newest Valdés’ side due to his philosophy, personality and the good aspects his teams shown both in Moratalaz and Barça.