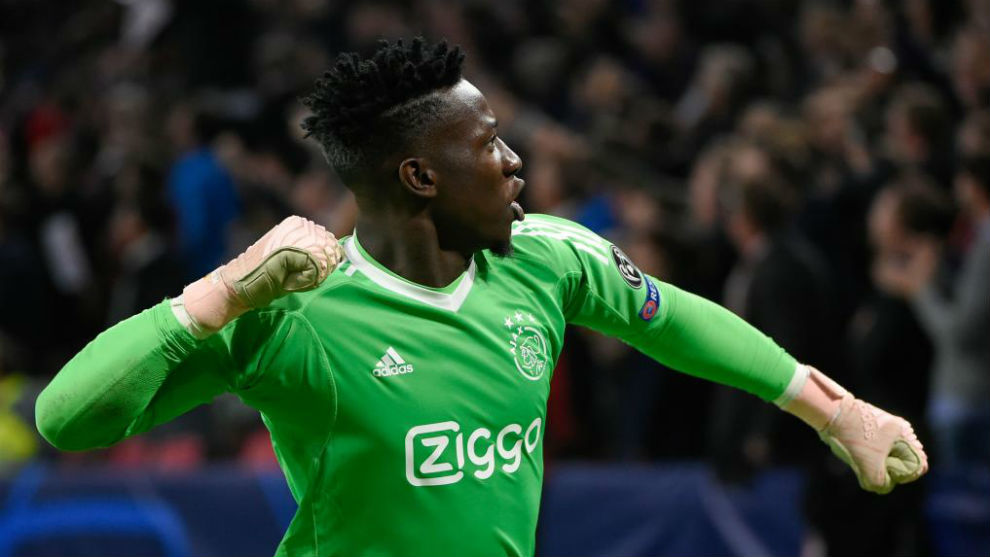 As Barcelona look to plan for the future – both near and far – Ajax Amsterdam’s André Onana is the newest man on the Club’s shortlist.

Barcelona have been busy working behind the scenes on transfers since the summer, and this has seen players like Arthur Melo, Malcom, Jeison Murillo, Prince Boateng, summer-bound Frenkie de Jong, and, most recently, Jean-Clair Todibo join the club.

As the strong relationship between Ajax and Barcelona continues to blossom, the Catalans are interested in Matthijs de Ligt – you can read more about that case by clicking here – and most recently have gotten interested in bringing former the former Juvenil A talent back to the Camp Nou, this time to act as a backup to Marc-André ter Stegen, as everything points towards Jasper Cillessen packing his bags and leaving this summer, as he continues to look for more playing time.

The Club views Onana, who also talked well about Barcelona in a (successful) attempt to get de Jong to join the Catalans, as an ideal substitute for Cillessen. The player and his agent have told Ajax about Barça’s interest in the player, and the Catalan club would end up paying less than 20 million euros for the Cameroonian goalkeeper should the deal go through, as reported by the reliable Oriol Domènech on Catalunya Radio’s midnight talkshow, Club de la Mitjanit.

This morning, news emerged from one of the Netherlands’ most reliable news outlets, de Telegraaf’s Mike Verweij saying the player’s agent, Albert Botines, has confirmed that Barcelona had in fact enquired for the 22-year old goalkeeper, whose contract runs out in 2021.

“That’s right. It’s no secret that Barcelona are interested.”

Onana has been fond of Barcelona ever since his childhood, as he rose through the ranks from former club legend Samuel Eto’o’s Academy, and then through Barcelona’s youth ranks, before being sold to Ajax in January of 2015 for a small sum of 150 thousand euros.

Since then, he’s slowly but surely grown into a starter for the Dutch club who currently sit 2nd in the Eredivisie, 2 points away from first-place PSV Eindhoven, the league’s defending champions.