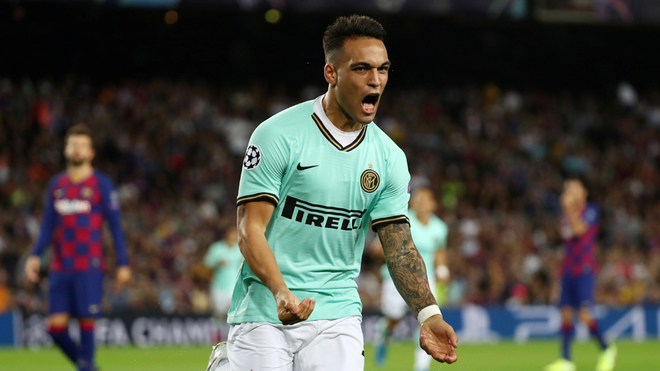 As Luis Suárez is aging, Barcelona look towards finding a long-term replacement for the Uruguayan striker, and at the moment, Lautaro Martinez is deemed a very viable option by the Catalan side.

Over the years, many strikers have left and joined the club, but since 2014, Luis Suárez has been a key figure for the club’s managers thus far, namely Luis Enrique, under whom he was a key part in the ‘MSN’ trident, and then Ernesto Valverde.

Luis Suárez (32) has seen his form take a hit over the past few years, with one of the most stand-out figures being his lack of away goals in the UEFA Champions League; he’s failed to score in his past 20 away appearances in the Champions League in a Blaugrana shirt.

While Ernesto Valverde continues to field him, the Club are aware that the Uruguayan is aging, and thus will need to be replaced soon, and given the level he’s shown over the years with Barcelona, the club would like his replacement to be a top-level striker.

Currently, the Catalans view Paris Saint-Germain’s Kylian Mbappé (20) as the dream signing for the ‘9’ position, although they realize how tough negotiating with the Parisian side is, as was most recently seen with the Neymar saga.

Therefore, the club has turned to look elsewhere, and are, according to the news outlet Mundo Deportivo very attentive to the developments and situations of Tottenham Hotspur captain and striker, Harry Kane (26) and Manchester United forward, Marcus Rashford (21).

However, a player whose name has made the rounds within the club is Inter Milan and Argentina international, Lautaro Martínez (22). The player showed his attacking prowess and quality at the Camp Nou, when he scored Inter’s sole goal in what turned out as a 2-1 victory for the Catalans, but the players quality and young age is very liked within the club, according to Mundo Deportivo.

Given his strings of impressive performances recently, and Ivan Rakitic being virtually frozen out of the squad by manager Ernesto Valverde, the Croatian seems to be on his way out. Another player that also could be moving on is Arturo Vidal, who rejected offers from other clubs in the most recent transfer window, as he wanted to stay with Barcelona.

However, their time in Barcelona could be coming to an end, and should they accept a move to Inter Milan, Lautaro could go the other way, and join the Catalan side in the summer transfer window. Antonio Conte has been said to be a big fan of the Chilean and Croatian midfielders, as reported by various outlets, and thus a move by Inter Milan does seem very possible. In fact, Rakitic was reportedly offered a move to Inter Milan in the most recent transfer iwndow, but decided to stay put in hopes of reversing his situation at the club — a situation that now seems irreversible.

Lautaro Martínez’ contract with the Nerrazurri ends in 2023.