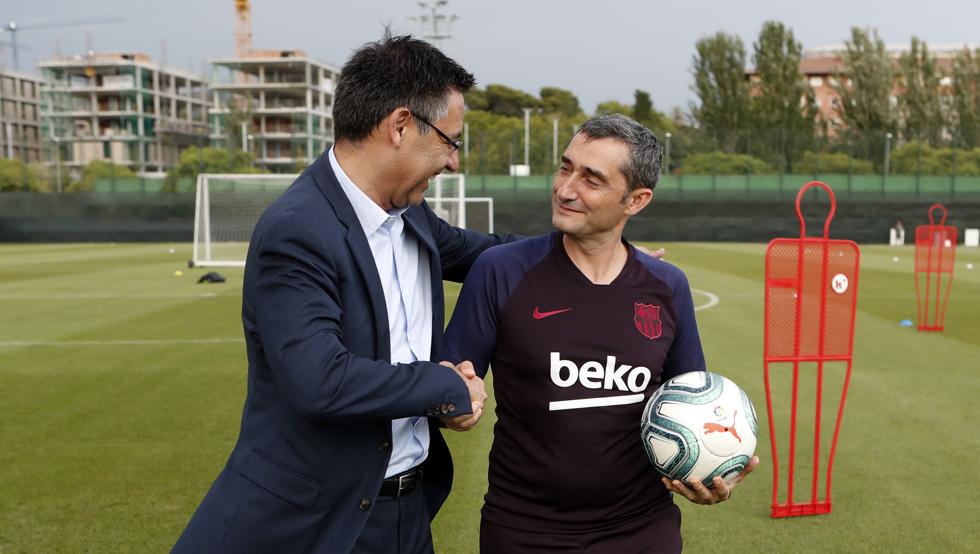 With Xavi rejecting Barcelona’s proposal to join mid-season, Barcelona are going back to the drawing board to find the ideal candidate to take over from Ernesto Valverde.

Despite the deal seeming close to completion, Xavi Hérnandez rejected Barcelona’s proposal which would have seen him take over the reigns at the club mid-season. Instead he opted to seeing out his season with Al-Sadd, who are in the Qatar Cup final, which will be played this coming Friday.

With Xavi potentially being on board with joining in the summer, Barcelona are going back to the drawing board in search for the right candidate for the first team’s managerial role.

The managerial role that initially seemed to only be vacant in the summer, could be vacant sooner. As explained by the Blaugranagram news outlet in its recent report, backed up by reports from other, credible news outlets, Valverde’s time at the club seems to be coming to an end.

RAC1 report that everything points towards the Txingurri leaving the club soon, adding that Barcelona are studying options that could take over until June. It is worth noting that should the club terminate Valverde’s contract, Barca would have to pay a termination fee to the then-former manager.

According to reports emerging from Spain, namely from Mundo Deportivo and Cadena SER, García Pimienta is viewed as a possible candidate. Per Mundo Deportivo, the club spoke to the B-team manager last Thursday, in anticipation of a defeat against Atlético de Madrid; the defeat then became a reality, when the Rojiblancos got a late winner through Argentine forward Ángel Correa.

Pimienta has in the past told Mundo Deportivo in an exclusive interview that he would not be afraid to take on the role, and that he feels he has had sufficient training to do so.

Cadena SER report that Barcelona’s sporting board will hold a meeting Sunday evening, in order to plan their next move. The club will look at all the possible scenarios, with one of them being García Pimienta taking over as an interim manager, with Xavi Hérnandez becoming the permanent manager in the summer.

Other options, according to SER, include Quique Setién, Gabriel Milito, Marcelo Gallardo and Mauricio Pochettino. Setién is much liked by Barcelona, but it is worth noting that he was turned down by the club due to lack of experience in a big club.

However, given Barcelona’s pursuit of Xavi, whose experience as a manager does not exceed Setién’s, it is probable that Barcelona could probe Setién once more.

Gabriel Milito is seen as an option, as is Marcelo Gallardo, although the latter currently still is managing Argentine side River Plate. Mauricio Pochettino is also being taken into consideration, although his past relationship with Espanyol does cause some doubts from within the Catalan club, SER’s journalist Sique Rodriguez reports.

It truly does seem like Valverde’s time at the club soon could be over, and it remains to be seen whether Barcelona will opt for a temporary option before Xavi, or whether the club will give the role to a different manager, permanently, with immediate effect.

The Txingurri‘s contract runs out in the summer of 2021, with an option to extend for one year being included in the contract.