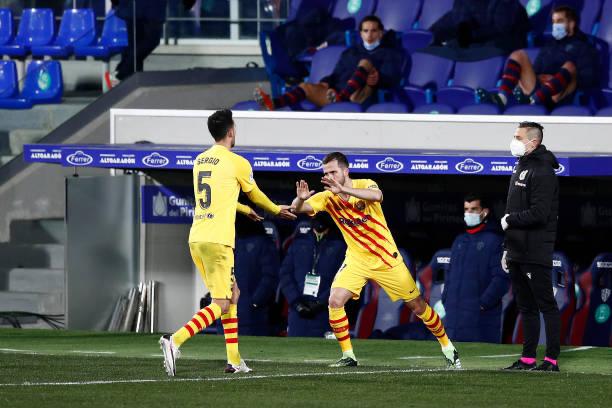 Barcelona looks to find a replacement for Sergio Busquets while Pjanic, who was once considered as his replacement might be on his way out.

While FC Barcelona continue to work in silence over their summer transfers, according to Mundo Deportivo, apart from a forward and a central defender, the club is also looking for a player with a similar profile as Sergio Busquets who is currently having an excellent form and is one of the key elements of Barcelona’s attack.

For the first time, the club is looking for a defensive midfielder who is not only suitable for Barcelona’s playing style but also is physically strong, something which suits the modern way of playing football. But since there is not much budget for this summer’s transfer window due to the club’s critical financial situation, this transfer will depend on the possible outgoing transfers or a swap deal.

On the other hand, according to SPORT, Miralem Pjanic who was brought in as a possible substitute for Busquets is on his way out of the club. The Bosnian player who was brought in last season by a swap deal with Juventus for Arthur Melo has hardly received any minutes this season. Even after failing to gain Koeman’s confidence and playing time, the player maintains a good image in European football. Chelsea and Inter Milan are rumoured to be the two clubs interested in him. Chelsea has been interested in Pjanic since last season and Inter Milan now after winning the league considers him as an improvement to their squad.

As for Pjanic, staying in Barcelona is not a problem as he believes his moment will arrive but it is very clear that if Koeman remains coach for next season, which is very likely to happen, he knows that his role in the team will be much less than a secondary one.

Due to lack of playing time, his price has dropped down and because of this, a loan deal is also an option. Once this season ends, the possible options will be evaluated and as of now, both the parties are calm about the situation.