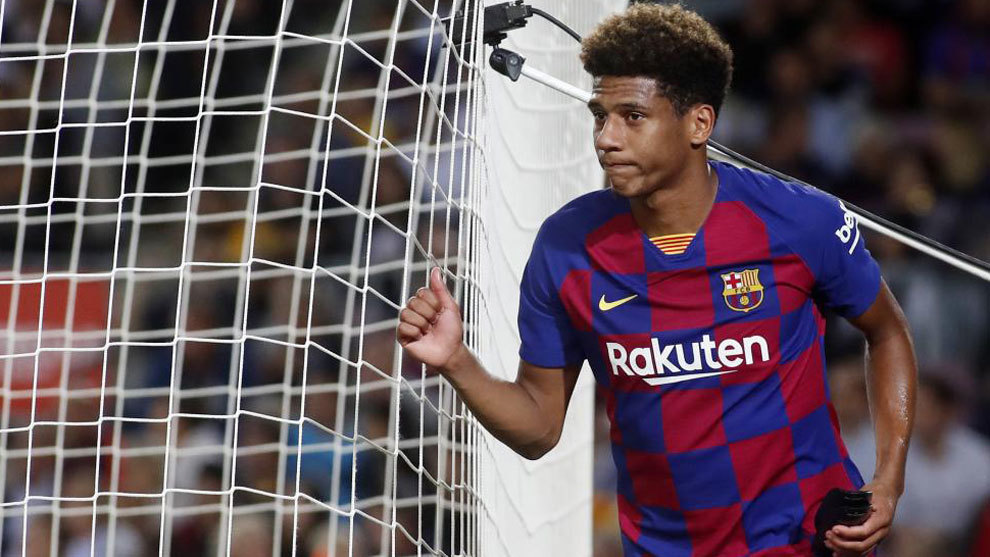 Viewing the upcoming summer market, at Can Barça, the club begins to think about the possible departures and the future of their on-loan players.

The summer has just begun but the work in the Camp Nou offices does not stop, the transfer market is in sight and with the setting of dates for the competitions after the pandemic, the transfers will also be affected. The preseason time for the next campaign is expected to be shorter, so departures and decisions will have to be accelerated, however, operations are not expected to be immediate.

As Catalunya Ràdio reports, the first players who could leave the Catalan club are Jean-Clair Todibo and Moussa Wagué. The young Frenchman completed his loan with Schalke 04 and attracted attention from both inside and outside of the Bundesliga.

The German club did not execute the purchase option for 25 million euros despite their interest in the player, due to not being economically viable for the club, and Todibo is already back in Barcelona.

The Senegalese right-back was loaned in France to Nice and his purchase clause for 2 million euros was also not executed. The Catalan club sets both Todibo and Wagué on the exit ramp and expects offers to arrive and find them a destination as well as to secure the operations. The exits from the centre back and the right-back are priorities, according to the same report.

On the other hand, who could have a destination is Philippe Coutinho. Bayern Munich did not endorse the purchase of the Brazilian and as reported by the same Catalan media, his representatives and environment prioritize his return to English football. The club greets the operation that returns Coutinho to the Premier League.

The situation of other players on loan is even more uncertain, as is the case of Carles Aleñá and Rafinha in Spanish football (Real Betis, Celta de Vigo respectively) and Oriol Busquets who has already finished his loan in the Netherlands and is training in the Ciudad Deportiva Joan Gamper with the permission of the club. The Brazilian has been key in taking off Celta de Vigo, with a purchase option of 16 million euros.

According to Catalunya Ràdio, the coach should evaluate the continuity of the players in the squad throughout the preseason but due to the modification regarding the times, the club’s decision margin is shorter.

According to the same report, Barcelona is willing to listen to offers for the three midfielders, but none of these operations is expected to be immediate. At the bottom of the list are Ousmane Dembélé and Samuel Umtiti, both departures are predicted to be very complicated, among the transfer price and the injury history of both players.

According to the same news outlet, everything leads to the point where the two French players will continue at Barça. In the case of Dembélé, his environment has always shown confidence in the winger to end up being successful in Catalonia.