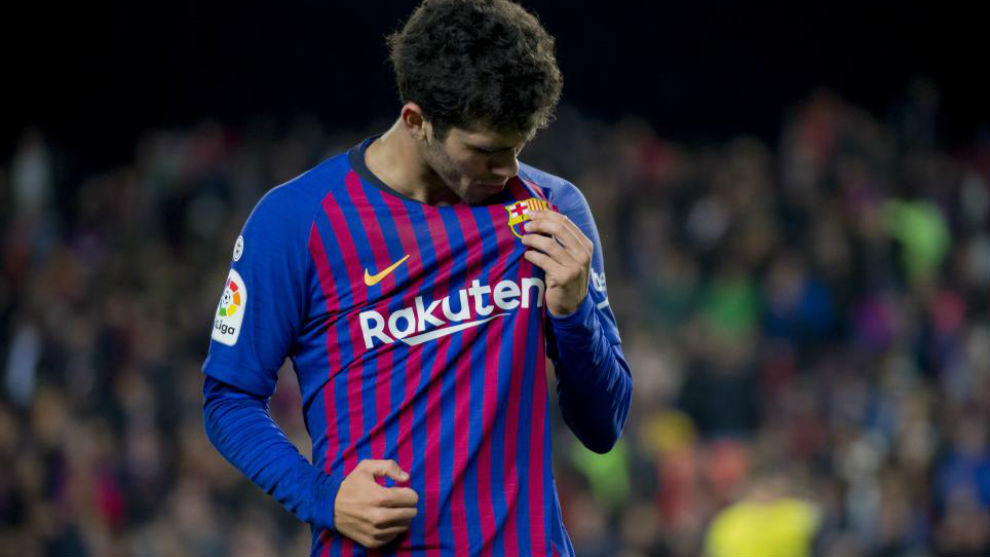 Out-of-favor midfielder Carles Aleñá could be on his way out, temporarily, and given the interest clubs, it seems unlikely that he will encounter trouble in finding a new club.

Amid the overbooking in midfield and some subpar performances by the Barcelona players, several players have seen themselves unused by Ernesto Valverde. As a result of this, some of Barcelona’s midfielders could leave in January, with one of them being the La Masia-bred Carles Aleñá (21).

The Mataró-born midfielder has seen himself overlooked by Ernesto Valverde when the Txingurri has picked the squad for the team’s games. He’s been on the bench on some occasions, and, on others, has not been part of the final squad list. The last time he was on the pitch for the Blaugrana was in the La Liga opener, when Barcelona went to the San Mamés to face Athletic Bilbao — the game ended 1-0 in favor of the Basques, with veteran Aritz Aduriz scoring a sublime overhead kick in the 89th minute of play.

At half-time, Aleñá was substituted for Ivan Rakitic, another player who now is on the periphery of the team, and since then, the young La Masia graduate has not featured for a single minute in this season, now ten games into the league campaign.

Now, the player has realized his current status at Barcelona, and knows that he needs playing time to grow at this stage of his career. According to news outlet SPORT, he also knows that the club want to send him out on loan in January, ideally to a club in La Liga. The young midfielder has many clubs interested in acquiring his services temporarily, namely Real Betis, Celta Vigo, Getafe and Granada.

However, an English club also have Aleñá on their agenda: Tottenham Hotspur. The club’s manager, Mauricio Pochettino, has had the young midfielder on his agenda for some time now, and tried to acquire him on loan in the latest summer transfer window.

The interest remains, according to the news outlet Mundo Deportivo, as Pochettino is aware of midfielder Christian Eriksen’s possible departure in January. Should the Dane leave Spurs, Pochettino would much like Aleñá as part of his team — even if it’s on loan.

In any case, Ernesto Valverde has assured that the problem with Aleñá is not a personal one, and that him not playing simply is due to the ‘overbooking’ in midfield and the quality of players currently taking up that position.

It does therefore look very likely that the midfielder will go out on loan in January, and with a good handful of suitors willing to acquire his services temporarily, it seems unlikely that he would struggle to find a new club.