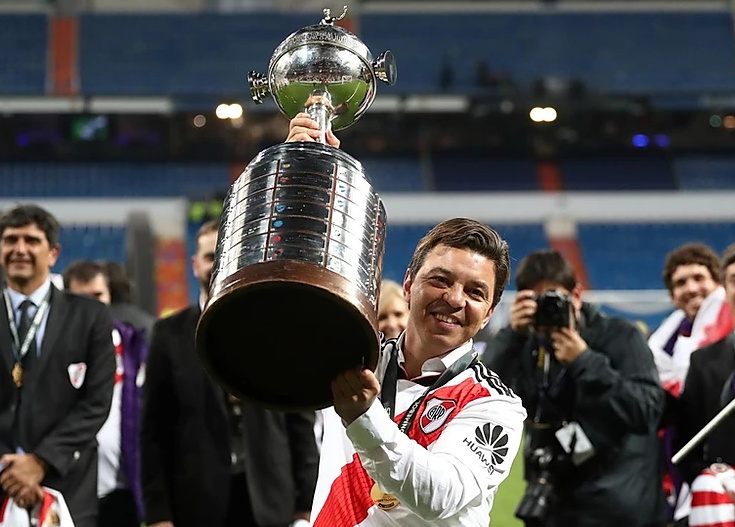 Amid many speculations about Valverde and Barcelona’s managerial spot, a former Chilean-Argentine manager has added fuel to the fire.

In Valverde’s now third season with Barcelona, his time seems to be coming to an end. The former Bilbao and Olympiacos manager took over in Barcelona after Luis Enrique’s departure in 2017. With Barcelona having won the league in the first two seasons under Valverde’s tenure, the club currently sits top of the table in his, so far, third season.

However, by the looks of things, he might not fulfill his third season.

Barcelona’s performances have not been too impressive, especially given the club’s eliminations in the Champions League in the past two seasons. However, the club’s board and players retain their faith in Valverde, reports the reliable Brazilian news outlet Esporte Interativo’s journalist, Marcelo Bechler.

According to Bechler, the players have deemed themselves responsible for the knockouts that Barcelona suffered from in Roma and Anfield, thus dismissing claims of Valverde being the one responsible. And although the Txingurri would not fall under the revolutionary tactician category, it is worth noting that a good amount of the players have made their stances publicly clear: the team stands behind Valverde, rather than against him. While this does not seem to be the case for all the players in the team, the club’s public figures have publicly backed the manager on multiple occasions, amid times of scrutiny.

With Ernesto Valverde’s latest contract extension, his current contract runs out this coming summer. However, in the contract, a clause was included. The clause was an extension option that could be opted for by both the club and the manager, and would lead to the manager staying for an additional year.

Recently however, reports have come out from several news outlets saying that the club does not plan to make use of that option, and instead is looking to part ways with the Viandar de la Vera-born manager.

This, added to some recently subpar performances on the pitch, has led to a handful of names being linked with the managerial role in Barcelona. The latest one added to that list is the highly successful River Plate manager, Marcelo Gallardo.

According to the renowned commentator and former manager Claudio Borghi from the Chilean sports TV channel, Canal del Fútbol, Gallardo will be Barcelona’s manager from this coming December onwards.

“[Marcelo] Gallardo will be Barcelona’s manager in December. I have been told this from a very direct source,” Borghi said on-air.

A reason for December being a suitable time for Gallardo to move to Europe could be the timing of the games around the Copa Libertadores final, where River Plate will face Brazilian side Flamengo. The final will be played on November 23, and within two weeks after the final, the Argentine side will have three more league games to play, with the last one being played on December 8.

Afterwards, over a month’s break awaits River, before having to face Godoy Cruz on January 26. Theoretically, a move in December could give time for Gallardo’s replacement to suit in at his new team, while it also would give Gallardo time to suit in at Barcelona and make his demands clear for the January transfer window.

The Argentine manager has achieved many feats with River Plate, whom he joined shortly after the 2014/15-season had begun. In his first season with the Buenos Aires-based club, he led the way to a streak of 32 consecutive unbeaten games, of which the first eight were under the club’s former manager Ramón Diaz.

Since then, Gallardo’s team has won the Copa Sudamericana, the Copa Libertadores, three consecutive Copa Argentina championships, just to mention some. He has won a record ten titles with River Plate, surpassing former manager Ramón Diaz’ record of nine. On top of that, River have played some very attractive and attacking football minded football under Gallardo’s tenure, which has led to him being a name reportedly considered among clubs in Europe.

Moreover, he is the club’s most successful coach at international stage, and is even viewed as the greatest manager in River’s history, by fans and press alike. Most recently, he got crowned South American Manager of the Year, for which the Copa Libertadores 2018 championship was the cherry on top. The voting was held by newspaper El País in Uruguay, and the Argentine received a whopping 87% of the 320 votes.

In terms of Valverde leaving, it is worth noting that the club would have to pay him a premium for him leaving before the contract has been fulfilled, should he leave in December. And even though the club’s faces have backed him, the team’s style of play has not been as visible as it perhaps should be, and as a result, the amount of good results that the team has had under Valverde could soon be jeopardized. Teams are figuring out how to counter Barcelona’s play, and some of Valverde’s choices have not made life easier for the players in Blaugrana.

His choices has seen a considerable amount of players played outside their natural position, and they have therefore not been able to excel. This issue, combined with the club struggling to find good form in away games, and a good rhythm in Champions League play, could prove to be a turnaround for the worse for Barcelona, especially with some of the club’s biggest talents reportedly opting for a future elsewhere, due to lack of playing time.

Barcelona’s next challenge will be against Celta Vigo this coming Saturday, while River Plate face Rosario Central on Sunday, at El Monumental. Barcelona’s game is played at 9:00 PM local time, while River’s game takes place at 11:00 AM local time.