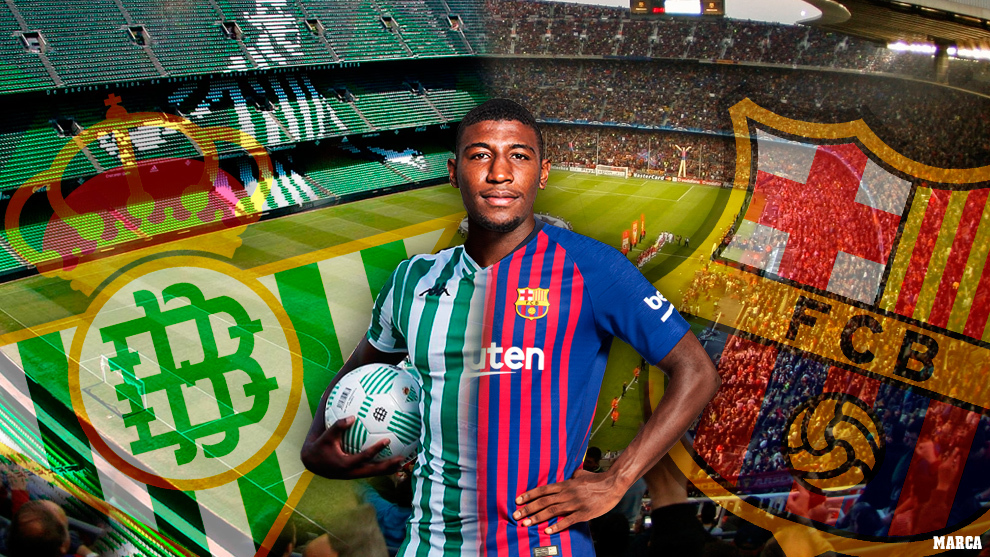 Betis and Barcelona owned full-back Emerson de Souza says he feels ready for his move to Barcelona, even if it comes prematurely.

Emerson de Souza’s case is a bit different from the rest of Barcelona’s squad. The player was bought from Atlético Mineiro in the summer of 2019, and is owned by both Barcelona and Real Betis, equally.

The player is set to make his switch to Barcelona in the summer of 2021, although that could change with the club potentially looking towards getting him sooner. In fact, the club is considering acquiring him this summer, and when asked by the Spanish newspaper AS, the São Paolo-born defender had no doubts.

“Yes, I am ready to play for Barcelona,” the Brazilian told AS.

“I have also been asked whether I was ready to play for the Brazilian national team, and my answer was the same [yes],” Emerson added.

Although Emerson’s future seems somewhat in the air, it does not bother him, as his focus is with his current team, Seville-based Real Betis, with whom he has had a fantastic season thus far.

“It does not worry me. I only think about the present. If you have your mind focused elsewhere, you do not play well for your current team, which at this moment in time is Real Betis,” emphasized the 22-year-old defender.

The move to Barcelona is an exciting prospect for the talented defender, who despite being a stronger aerial threat, draws parallels to another Brazilian right-back in Dani Alves. They both are good while going forward, and Alves was one of Emerson’s idols when the latter was watching Barcelona games while growing up.

“Playing for Barcelona is a dream I have had since I was a kid. I have always been a Barcelona fan for the great Brazilian players that played there, like Ronaldinho and Dani Alves. And also for Messi or Abidal,” Emerson explained.

“I have four idols: Dani Alves, Cafú, Roberto Carlos and Marcelo. Many players compare my story to that of Alves [in coming to Seville from Brazil as a lesser known player]. He is a reference point [to me]. I also want to play in the Champions League with Barcelona and win the highest amount of trophies,” he added.

In 23 league appearances for the Verdiblancos this season, Emerson has scored three goals and set up an additional five, while racking up eight yellow cards in the process.